In true faffing style we have managed to stretch out the games for another week which buys us valuable time to carry out our quarterly bloodletting rituals and sacrificial ceremonies with regard to the next set of adventures.

In a previous Strike post I had documented concern as to  how on earth we were going to take out a Genie. Despite all the experience and intelligence of a small determined group of role players its really took about an hour of arguing before a possible situation presented itself. It would appear that in this timeline of wartime London and entire fantasy realm has been created simply for the amusement of our absconded super villain, Aladdin. 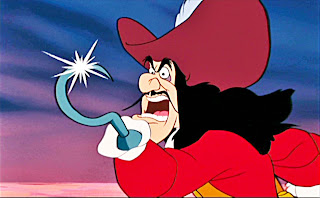 Where there should be a hardened Capital city during the Blitz, there are mountains, lagoons and flying pirate ships. More accurately it seems that evil Aladdin is a roaring fan of the Peter Pan franchise. Presumably after discovering his own immortilisation by the Disney corporation he has come across all manner of entertainments and the scenario we are presented was a battle between Hook and Pan himself, with Tinkerbell in the mix.

Somewhat taken off guard on how to proceed we waited until the skirmish was over with a view to taking over Hooks ship, giving us at least a distraction if not a solution to defeating the Genie. Of course it is the case that we don't actually need to defeat the Genie as such, we just need to separate it from Aladdin whilst we lever him against us capturing his girlfriend, Princess Jasmine - or constructive, socially aware, eco-friendly kidnapping as I would like to refer to it. 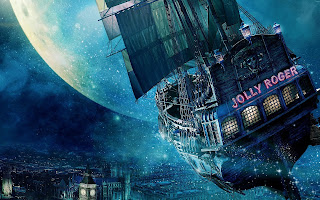 Fortunately, after the battle, Hook took his ship across London to raid for supplies, where we were waiting in a local shop for his minions to appear. Having subdued them and subsumed their identities we returned to Hooks ship with zombie pirates in tow, with the aim of dominating the rest of the crew in turn. Despite however making colossally crap rolls of a 1 and a 2 on my D6, we did worm our way out of being keeled hauled by promising to help Hook capture the Pan (Tho being keel hauled on a flying ship perhaps isn't that bad)! Blinded by his revenge and somewhat shallow incarnation, he has avidly agreed to take us on board so to speak, whereupon we can slowly convert the lovable rogues of the Jolly Roger into the grotesque and murderous brigands of the Flying Dutchmen - Peter Pan meets Pirates of the Caribbean. I for one are looking forward to a tiny undead Tinkerbell.

Unfortunately I cant stop to think about this scenario too much otherwise I will freak out but for now we are committed to cartoon carnage and turning the Disney romp into more of a Minecraft hack and slash. Well at least its a plan. 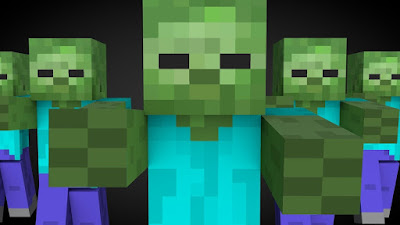