Aphesius Alesaunder, zealous yet charming missionary of the Imperial Cult. (Manoj A)
Maximillius XVIII, tough-as-nails technician from a death world. (Ben F)
Octavius Sol, seneschal and quartermaster. (left on the ship, as Stuart F was not present)
Triptych, mutant navigator and his harem. (Ric R)


Well, I've discovered that the Rogue Trader starship combat rules are not right for me. 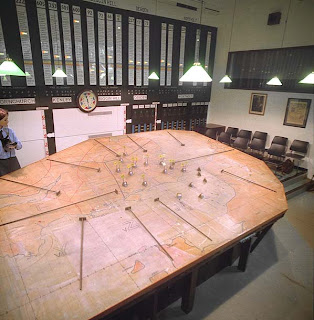 There's too much emphasis on exact positioning, and with the movement rates of the starships, it's clear that you need a big table in order to run starship combat as written. There are guidelines for a more abstract approach, but they're too abstract even for me, taking out the complicated bits of the system but also taking out the fun bits, de-emphasising starship combat to the point that it's almost not worth doing. I think there's room for middle ground, and I have been putting together some ideas for a system that is loose and abstract enough to save headaches, and has the required detail to make differences in ship capabilities significant. More on that later.

Anyway, when we last left the crew of the Banshee, they had just pulled out of the Warp into real space, only to get hit by something large enough to knock out the ship's shields and set off every alarm on the vessel. There followed a short (and to my mind, unsatisfying) space battle between the Banshee and two opposing forces as it became clear to the crew that they had stumbled right into the middle of some local conflict. They used the superior firepower of the Banshee to force a ceasefire and one side fled towards one of the system's three stars. The player-characters then followed the other side back to their homeworld of Antiriad.

Antiriad turned out to be a small hive world, a warren of urban development spread across almost the entire surface of the planet, with a prominent yet modest Imperial governor's palace. Here the explorers met a warm welcome, but also noted a heavy emphasis on security, with plenty of guarded checkpoints passed on their way to meet the so-called "Imperator of the Seven Systems". They met this Imperator, a man named Flavion, in his private chambers, as he was apparently far too corpulent to get out of bed. Although they were disgusted by this individual, and noted how nervous his staff were, they nonetheless befriended him, discovered more about the conflict into which they'd dropped, and promised to help, in return for Flavion's aid in bringing the system as a whole back under Imperial rule.

Later, the explorers ventured into the city to find out more about the system, and discovered that Flavion was a fickle and unstable ruler, a paranoid man with strange tempers who had no qualms about making people disappear. They also discovered some of the history of the system, noting that the centuries-old conflict apparently stemmed from a succession crisis following the death of Arthur/Arturus (both names appeared in the histories), the last legitimate Imperial governor. This did not tally up with Flavion's stories of "dissidents" and "terrorists", so the player-characters told the fleshy giant that they were going to scout out his opponents' forces and check their strength, in anticipation of the coming assault.

Instead, they went to visit the opponents on more peaceful terms 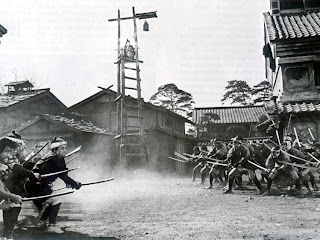 , finding that the homeworld had been abandoned, and the people had fled to another planet where they hid below the surface in a series of natural caves converted into a fortress. There they met the leader of these hardy exiles, a stark and practical military-minded man named Kaltos, who claimed to be the descendant of the true rulers of the system. The players took an instant liking to Kaltos, and with him formulated a plan to assassinate Flavion through poisoning, allowing Kaltos to take the throne.

Now, there wasn't supposed to be such a clear goodie/baddie dichotomy in this scenario, and there was a "third way" written in my notes, but the players went their own way and didn't encounter it. This is fine, as I write these star systems as mini-sandboxes, detailing the planets, locations and important individuals, but steering clear of plot, as I've come to realise that players make their own plots. Still, the players' choice to back Kaltos will have repercussions as they discover what kind of king they have made, and how the people respond to a man they think of as a terrorist being put on the throne.

When preparing the scenario, I created a situation where the players would have to step into a local conflict and make some hard choices, and only at the table did I realise, when Ben pointed out that it felt like a western, that I'd basically dropped them into Yojimbo. I created the two warring dynasties and the relationships between them using the Renegade Crowns sourcebook for Warhammer Fantasy Roleplay, partly because I wanted to try out the systems in that book, but didn't have a WFRP game in which to try them. It will come as no surprise that there was much I couldn't include, but on the whole it worked quite well as a way to create a framework of personalities and relationships that I could then modify and personalise.

PDF
Posted by thekelvingreen at 12:24