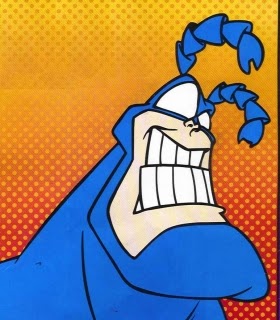 Despite the dark side of the comic book character genre there is also its rather more satirical side; a sort of caricature of a caricature Whilst I have played quite a few heroes system as such - GURPS supers come to mind as my preferred , hero/villain character generation just cries out for parody; it just seems to come naturally out of the advantage/ disadvantage or power/ vulnerability points systems. My last favourite character in this regard was a superfast explosive expert by the name of Mr Mollotov, who could flash into a scene, assemble complex explosives at superfast speeds and dash out again. Wonderful superskills in principal but balanced by severe DTs, chain smoking, caffeine addiction and insomnia -basically a nervous wreck. I'm sure everyone has their favourite.

But for those who don't know there are onliners who have taken up this particular cause and created some wonderful comic strips in the meta. Thanks to Mike and Jules for chipping in some of these links. 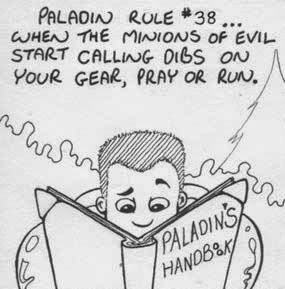 The first I came across was Goblins: The trial and tribulations of level 1 miscreants and what they have to put up with on a day to day basis. Fumbles is an excellent name for a character by the way.
ep1 here http://www.goblinscomic.org/06262005/
Webcomics: DM of the Rings. This one is like the Red vs Blue video satire but set in Middle Earth, where everyone is just trying to work out what is going on....
http://www.shamusyoung.com/twentysidedtale/?p=612
Darths and Droids. My favourite I think - such an easy read with the scene selection its an absolute pleasure to flick through.
http://www.darthsanddroids.net/episodes/0001.html 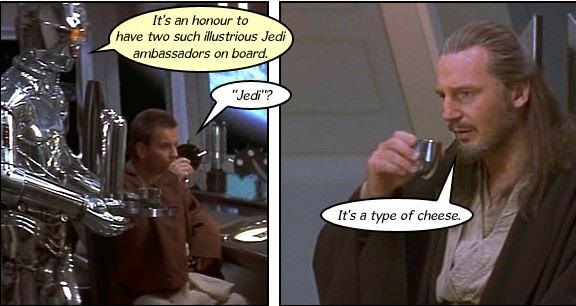 Oh, and I note that The Knights of Basassdom is now finally out on demand. Horribly flawed for the casual film buff but enough in it to make it a worthy giggle for the gamer :-) 4 out of 5 stars.