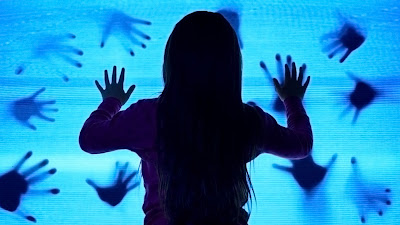 Behaviours: Erratic, usually highly aggressive and violently interactive. Invisible, telekinetic sometimes demonstrating extreme strength. Often loud but incoherent. Predominantly bound to a building or area against it's will, either related to ward or unresolved motivations expressed physically. Separate entity; does not possess but can manifest through objects. Case relates to early Babylonian temple accessible by ignition of transfer powder, possibly containing Unknown components. Whilst creation myths vary across religions it is thought the Unknown itself borrows from and/or influences these contexts in human history rather that any particular mythology being accurate.

Cautions: Violent, fast and unpredictable and will always attack though it may take several hours or even days to become aware of human presence. Can be temporarily appeased via human sacrifice or occasionally exposed in a mist, fog or by using smoke.

Behaviours: Appearing as fluidic, it immolates when exposed. Often contained within an Unknown artefact, in this case sealed Babylonian pottery; breakable but will reform after contents are released. In other cases liquid can manifest of itself or extrude from human extremities - can be airborne. When in contact with living tissue it will burn continuously destroying flesh but imbuing great strength and longevity. When extinguished, properties revert immediately leaving victim dead or severely injured.

Cautions: Should be kept contained at all times. Avoid contact with skin.

Behaviours: Servitor entity, Golem like, tasked with simple instructions. Not always able to fully manifest, in this case charged with returning the Tears in the event of their removal. One of the beast warriors of the Babylonian gods.

Cautions: Slow and vulnerable to physical attack although it's size and lack of dexterity can make interaction unpredictable. Manifestation can vary depending on age and location - may only partially interact. 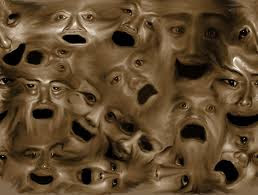 Behaviours: Manifesting as a large mass of conjoined faces encased in organic translucent gel. The faces are fixed in expression but the eyes are animated. No previous contact known  more data is required for assertions.