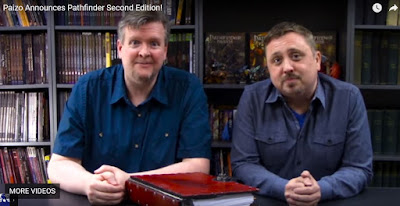 Without wanting to eclipse an outstanding role playing system it's perfectly honourable in life to take a path forged by one's own mistakes. This by definition means that we all have skeletons in the closet and, necromancer's wardrobes notwithstanding, we should all judge things on their own merits by and large.

So for all the fanfare of 5e there is it's dark and twisted uncle that never comes down from the Attic; you know he is there and the bowl of blood you leave at the bottom of the stairs each evening is always empty in the morning. Ok, perhaps I'm stretching the analogy a little too far but basically 5e would not have happened if not for the curse of 4.

But this is not a D&D article. When Wizards of the coast changed the licensing for the new version 4, Paizo publishing lost the rights to its D&D periodicals. From that moment, Pathfinder was born. Released in 2008 it has not only curated the D&D tradition but spawned its own avid fan base as a sound system in its own right. But more than this, after a decade public play testing for Version 2 is underway.

Paizo are aiming to smooth over some of the complexities of v1, speed up the play and clarify some options for higher level magic. Whilst its all understandably fluid at present, they are retaining their graphical heritage having confirmed their original artist Wayne Reynolds will be commissioned for the new graphics. Its should result in a very reassuring investment for fans whilst breaking new ground. Not something that  re-branding projects should just expect to work automatically... 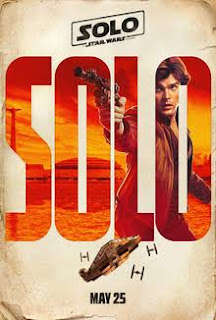