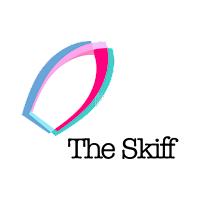 There is a somewhat spit and sawdust feel to our club, a sort of dusty comfort one associates with an old battered leather sofa. Indeed the Belmont is probably the least pretentious place on the entire planet sporting original bar billiards, a fake baize pool table, somewhat dangerous darts and a glitter ball of unknown origin. Pre industrial beer is dispensed with occasional medieval service and what once passed for a selection of mostly defrosted pies has been quietly dealt with. 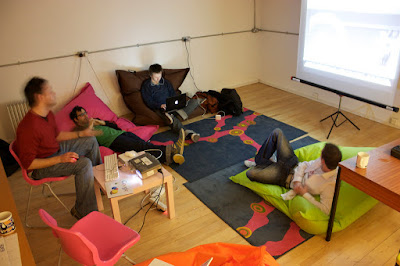 But there is a dilemma if  truth be told. Whilst we enjoy extremely cheap beer and an unusually large social area, the rooms that we have for gaming are boarder line acceptable. I don't mind wobbly tables and retired chairs as such but the damp is particularly bad downstairs and some furnishings have suffered from years of biological warfare.

So last Friday Jules kindly invited me to "The Skiff", a laid back set of hot desking tech offices in Blackburn St - a possible alternative venue. After leaving I was struck with a number of conflicting feelings. Whilst you couldn't ask for a cleaner and more laid back designer environment re-pleat with comfortable playing spaces, large high quality tables, loungy sofas and even a glitter ball in the kitchen, it did at the end of the day feel a bit professional; a bit like visiting a google office.

I do feel for new visitors to the club sometimes with its occasionally dreadful rooms but what the Belmont loses in hygiene, it sort of makes up with character. Not sure I got that feeling from the Skiff and re-tasking a well established club would be very painful but perhaps we would take our character with us. As always, time will tell but we have to face the reality of an expanding club at some point. 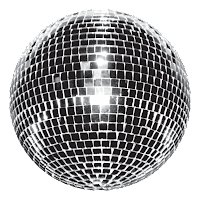