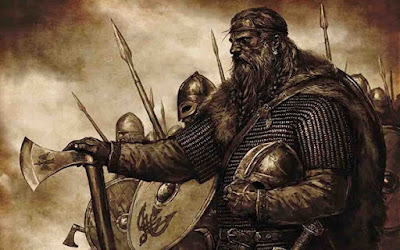 Well, it was a pleasure to have GM Max at the table last week. Whilst he lives next door to the club we occasionally get his presence by way of a quick social and when the stars converge he will bring his Viking speakers along and treat us to a game of something. Whilst he didn't intend to sit down and play I actually had an absent orc, in more ways than one, and given the chance to pick up a quick and easy character we snared him for a session. 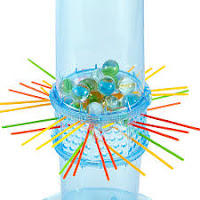 I particularly enjoy low int characters myself as its a great chance to have a laugh, keep the plot rolling along whilst trundling from one predicament to another. It's a sort of near death slapstick but in the case of the Orc Barbarian, re pleat with trophies sticking out of him like a drunken game of kerplunk, he did somehow manage to swallow a water stone at some point. These stones generate water on a slow and steady basis and are placed inside a water skin for survival in arid climates or long journeys. Problem now is that the Orc will have to make a roll every time his danger sense goes off or he will wet himself.

More along the lines of new games coming up, the vaguest plans are forming. We have lost a few members to the summer suns and a couple will have moved on to even weirder clubs so I am unclear whether we have enough players to sustain another four games but provisionally we have a list of:

This is not legally binding by far but with the success I have had on Meetups drawing in D&D players I will be interested if we can summon others from the ether to play some less D&D stuff. 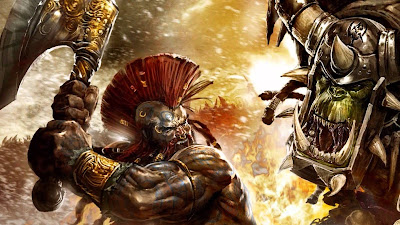