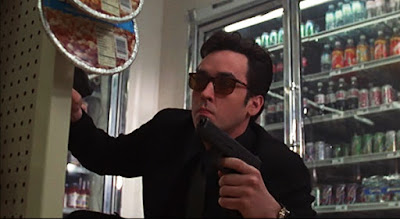 This week on the not particularly shady role playing grapevine, I have heard that Dice Saloon is moving from its current location. Given the transfer of the world's high streets into out of town retail parks and the amazon warehouses its a struggle to see why one would go into town at all. The challenge now is to offer an experience in town rather than just a service and whilst Brighton and its arts scene will always attract tourists, by the time you are in the backwaters of London road, it gets a little more cyberpunk. So, as far as I have heard, they will now present a shop front which is an interesting decision. 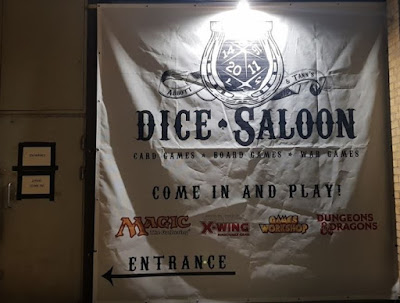 To be fair the DS directors seem to have hit all of the right buttons and built a great community and it's all contained behind a steel door on an industrial unit secreted from the high street. It's far from an ideal retail environment but its hidden ambiance lends it a special sort of shady identity and a retreat for the subculture, a home for wayward adventurers no less. Whilst a shop front is desirable by default it will be interesting to see what the atmosphere becomes but it may well be just a case of going into backrooms or upstairs - its hard to imagine that they will get the same footprint as an industrial unit. 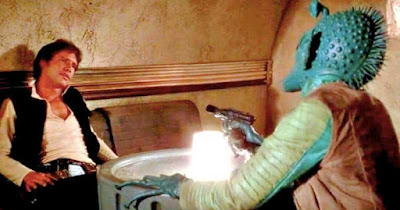 As for our enterprise at the Railway Club, we have consolidated into three games now as whilst there are a lot more role players around there are also a lot more games in town so it's been s struggle to fill two D&D games though what is extremely frustrating is people signing up to come and not turning up - we had about six people all due to come along and not one of them appeared or even communicated the fact. In my day this would be considered extremely rude but online interaction simply doesn't trigger the social side of the brain that face to face meetings do. People need to get real.