Will you parry me ? 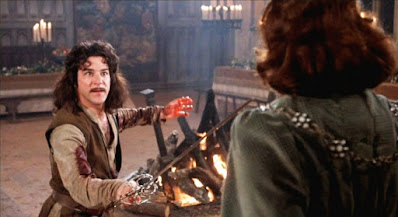 Stuff is happening. Over the last week or two we have been transitioning to the new games on line and with the call to arms I enrolled to GM Jack's  Warhammer Fantasy with my rogue which saw our first combat. Now it tends to be the case, at least for my part, that the first session or two is more of a calibration experience for new characters as skills are mechanically tested and initial development points and stats are perhaps adjusted in the light of either a character that is too feeble to survive as well as turning down the volume on any superheroes that are accidentally born of a freak statistical accident. 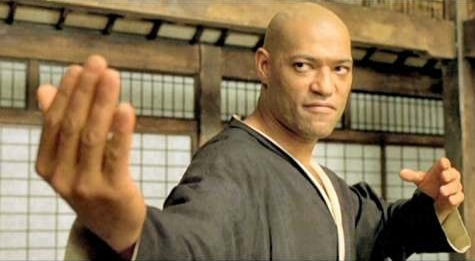 Returning to a somewhat aged RPG serves to remind me how much things have changed and indeed how streamlined more modern systems are. Evolution by player selection seems to have rooted out a lot of the fluff that was of course trailblazing in the early days as the first initiative and combat systems arose. I would say in hindsight that the first systems naturally tried to audit and itemise people's attributes as mechanically accurately as possible as this would be the natural thing to do. It is only in hindsight that actually what you want is a brief and if necessary abstract mechanics system that allows people access to narrative as quickly and easily as possible as at the end of the day mechanics just get in the way and we don't naturally audit what we do for the most part - we just do it.

One of the many evolutionary dead ends that came back to haunt us last week was the parry mechanic. I remember a lot of painful Rolemaster sessions particularly when parry and stun would serve to either prolong or frustrate combat respectively and in due fashion at the time the solution was to add more skills to counter other skills that were a lag on the game such as '"stunned maneuver" to oppose stun and multiple attacks to oppose too many parrys. Stacking skill counters like this is akin to a tug of war each round which seemed normal then as we had all the time in the world as young gamers but with six players on line the parry mechanic in the WHF only served to drag out the session. 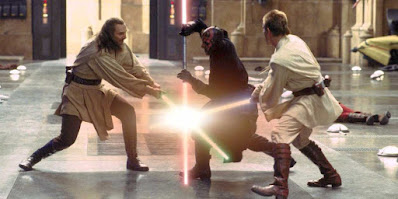 To be fair it's a real tricky situation for a GM as there are a lot of classes and combat styles for which parrying is very relevant but at the end of the day, what do you do ? Tweak a game for more realism or remove the realism for expedience ? Its a classic design issue I think and depends on ones sensitivities to the experience. One thing is sure - evolution does not stop.