In the previous session, the navigator had some trouble getting the starship Banshee through the Warp, and a journey which should have only taken a few days instead took almost a year in real time. So when the characters returned to the Imperial base of Jameson's Hollow, they found that much had changed in their absence, and they became the subject of a fair bit of staring and muttering. Their bruised and battered Rogue Trader, Horatio Locke, took them aside and gave them ominous instructions that sounded somewhat like a set of final requests. He wanted them to come up with plans to deal with the rival Trader Appollonius Gil, the chief suspect in the numerous assassination attempts they'd survived, and he also requested that they keep a closer eye on his son Telemachus, as he was now the key to the survival of the Locke dynasty.

At Jameson's Hollow, the crew tied up some final bits of business, then went shopping; 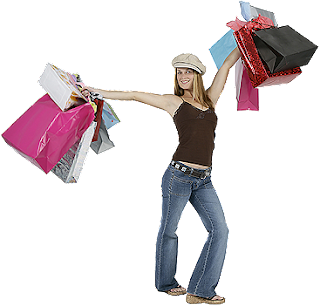 the side-effect of making Profit a primary game statistic is that whole chunks of play become about buying and selling stuff. This is fine, as it's quite easy on the GM, but we had a new player this session, and I was worried that it would be a bit baffling for him, a fear which turned out to be unfounded. It certainly doesn't help that the acquisition rules are spread across three different pages in three different parts of the book; again, Fantasy Flight Games need to tighten up their editing and proofreading. The player-characters again attempted to secure a teleportarium, but the rare technology remained beyond their grasp, so they bought a host of baubles and trinkets instead. They also picked up the astropaths they'd requested, three junior psykers who were rather wet behind the ears. A flurry of paranoia broke out as the crew pondered whether they had in fact ordered two telepaths rather than three, and whether the third might be yet another assassin attempting to worm their way onto the ship, but the purchase orders couldn't be found, and they decided to let it go, which is of course exactly the kind of opening a GM relishes. In the time they had been lost in the Warp, the three astropaths had been looked after by the station's priest, a jocular fellow named Menelaeus, and in return, he asked the player-characters to look into the disappearance of the Rogue Trader Caxton van Meenan; while no friend of the Trader, Menelaeus informed them that van Meenan was a fellow man of the church, and so he felt it was his duty to discover his fate.

They met up with the Jameson's Hollow astropath, in a bid to discover whether he could be persuaded to put aside at least some of his loyalties to the Empire and let them in on some of the private communications passing through the station (in Warhammer 40,000, interstellar communication is conducted via psychic contact, as it's the only reliable faster-than-light medium); the discussions ended on an ambiguous note, although the player-characters felt that he could be eventually persuaded, and did get him to agree to training one of their new astropaths.

The player-characters then went to visit the station commander, Kruger, to catch up on the latest news. Kruger's joy at seeing them alive seemed genuine, and he updated them on the current political landscape in the Kasterbourous sector, while also acknowledging their latest claims. They discovered that Caxton van Meenan had headed off into the unexplored northern half of the sector, and that the station received a psychic message from the Trader a few weeks before, a distress signal claiming that his ship was being destroyed by an unknown force. Van Meenan's last reported position was a system with an orange star, and the player characters identified a few potential candidates based on the starmaps they'd stolen from Jameson's Hollow. There followed a brief discussion in which the crew pondered searching for van Meenan, but decided that there was nothing in it for them, and chose instead to head for the Zeesol system; this had been marked on their charts as being sealed by the Inquisition, and they suspected that whatever was discovered there was the cause of the whole sector being abandoned thousands of years beforehand. Players being players, they headed there almost immediately.

PDF
Posted by thekelvingreen at 11:51