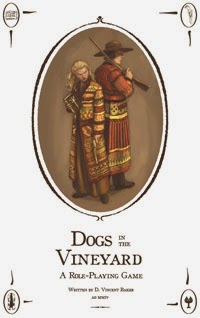 New games are afoot , though I think there may be a final 5e session before the Achtung Cthulu kicks in. GM Rob will be doing the prep and character generation for the Indy game Dogs in the Vineyard.

If you fancy an opportunity to tell people you are right at the point of a shotgun then Dogs in the Vinyard is for you. If you have ever been one of those knockers of the faith and put up with the usual 99.9 of door slamming, this is a great opportunity to let off steam and realise a world where you are subsequently allowed to kick in aforementioned door.

From Wikipedia: The game is set in "a West that never quite was"—loosely based on the Mormon State of Deseret in pre­statehood Utah, Players are "God's Watchdogs" (Dogs), who travel from town to town delivering mail, helping out the community and enforcing the judgements of the True Faith of the King of Life. This may involve anything from delivering new interpretations to the town's Steward to executing heretics. Dogs have absolute authority within the Faith, but not within the laws of the Territorial Authority, and so their actions can lead to conflict with the government in the East.
"Sometimes it’s better for one to die than for many to suffer." 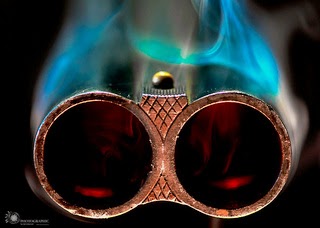 "Sometimes, Dog, sometimes you have to cut off the arm to save the life." 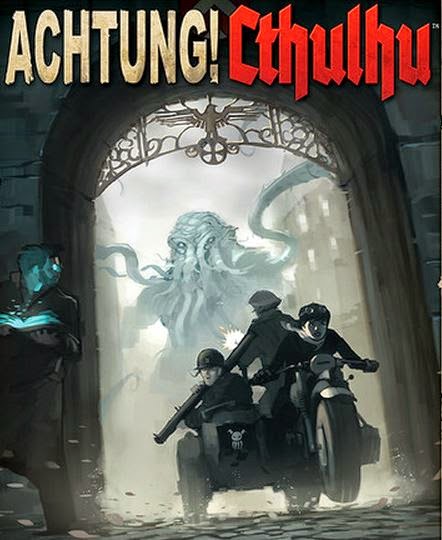 On another plane of existence GM Johnathan will be summoning a game of Achtung! Cthulu beginning February. ­A fusion of Call of Cthulu and Savage Worlds where the heroes find themselves in the secret B movie occult subculture of World War II. Think Raiders of the lost ark on a much lower budget. From the publisher: Achtung! Cthulhu brings you a two­fisted wartime roleplaying game setting packed full of fiendish Nazi scientists, terrifying ancient mysteries, legendary German war machines, desperate partisans, gun­toting paratroopers, determined investigators, and enough writhing tentacles to pack ten Reichstags. Discover the secret history of World War Two ­ stories of the amazing heroism which struggled to overthrow a nightmare alliance of science and the occult, of frightening inhuman conspiracies from the depths of time, and the unbelievable war machines which were the product of Nazi scientific genius ­ and how close we all came to a slithering end!
Zombie Nazis, insanity, no hope of rescue and humanity's inevitable and terrifying end..­ count me and my trusty, soon to be eaten alive npc sidekick, in!

See you there in one guise or another.