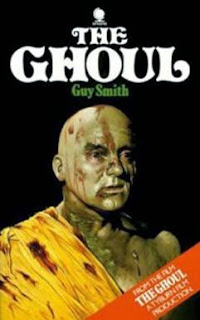 Always embarrassing at Christmas or Birthdays is that long dead old uncle in the corner. A sort of rotting elephant in the room, conversation can be circumspect and frivolous but when its time to pull a cracker with someone and put on the paper hats, certain things just can be ignored.

Its often the case with relatives and loved ones that it is very hard to 'let go' particularly when they are still sort of groaning but its a question of whether or not its always best to face facts. Honesty being the best policy, the most caring thing to do would perhaps be to nudge them in the right direction when all they are doing is shuffling around and gnawing on things. Of course where a prearranged agreement can be made then so much the better; zombie apocalypses tend to bring like minded people together particularly where buddies and bites are concerned but in circumstances where fates are less communal then one can bravely but hopelessly struggle on in a more of a carer's role when in fact its long past time for a friendly staking.
Denial is the key hear I find and the quicker one can accept situations then the better really but once again in the metaphysical worlds of roleplaying the lines can blur a bit. Systems can often define point blank when souls definitively leave the body and also beyond what point resurrection or reincarnation can or cannot occur but to be fair, from a characters perspective the 'rules of the system' are not necessarily experienced or known. Perhaps a zombie is not just for Christmas.
In our last game for example we had to deal with a father and sons who went off into dangerous territory in search of their fortunes and yet returned to their mother somewhat malnourished and with glowing eyes. To be fair in this case it was also self defence as they were about to feast on us but I'm not convinced we necessarily did the right thing as I am not sure actually what their options were.
Still, my character wont lose much sleep over it as he just deals with the world as is - a sort of action figure, but there is perhaps too much shoulder shrugging in the post modern world of undead healthcare management. We might still be at the cultural point of medieval medicine but perhaps in time we can look forward to a renaissance of zombie care and positive undead outcomes.
Remember, just because you are rotting does not mean you are bad person. 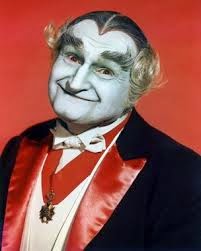