In my last update, I might have asserted that we won't be using updated rules in our game... it turned out to be a falsehood. This session started with us transferring dots onto our new sheets. Other than two skills being combined into one, skill distribution changes among the classes and me losing a concealed blade for ectoplasmic ammunition, there weren't many visible changes... but let us get back to the game!

After every successfully performed job, our merry band of sociopathic thieves likes to engage in our personal relaxing activities. For some they include culling the local prostitute population, for others it's visiting their succubus friend for the night... and out Lurk prefers to gamble his money away.

Sadly, he quickly found out that his regular gambling den banned him. As such, he started looking for a new one. In the process, he noticed an obvious member of the Lampblacks' gambling his money away in one of the city's fine establishments.

Surely enough, our gang was swiftly informed of this. Offended by the travesty of their further existence, we decided to eradicate them from the surface of the planet or, at the very least, from the city we're in.

Our plan was simplicity itself: walk in under the guise of gamblers, wait for our target to appear and follow him to the Lampblacks' current lair. Turns out they set up shop right next to their previous hideout... or whatever rubble remained thereof. We had to admit the idea was brilliant. Even the Bluecoats underestimated their sheer stupidity.

The following two days, we observed their operations while the Lurk snuck past their security and had a look around inside. It seemed they were trying to regain their foothold but morale was low. Other than locating their current treasury and having a look at their badly made propaganda posters, there wasn't much else to see.

Outside, however, we noticed an old lady in very expensive gard cordially walking inside. Our Lurk informed us that she had some private dealings with Bazo Bas but could not gather any more information on the subject.

Opting for a more direct approach to information gathering, we waited for a lone gang member going out to a gambling den again and spirited him away. It turned out that he knew me, claiming I killed him. I had to mention that didn't narrow down his identity so I chatted with him about his death's circumstances while the Whisper tried to gleam some information out of him. A moment later he informed us that this person was simply an empty husk being possessed by a spirit.

Putting a spirit into a body was no simple task and our new friend was highly reluctant to tell us who helping him into this body. A few threats and some supernatural compelling by our Whisper helped change his mind. 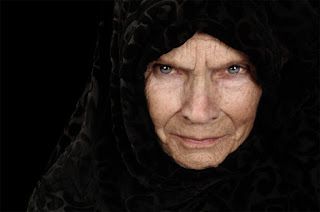 The old lady we saw earlier was Bazo Bas's cousin and a high-level necromancer for hire. Presumably, they had some sort of deal worked out between them where she was putting the spirits of deceased Lampblacks back into their bodies. After all this information was gained, the Whisper bottled up the ghost and we went on to planning an assassination.

We knew she would have leave the Lampblacks' base at some point and deal with some other contractual work but until that happened, we had to wait. Eventually, sometime close to dusk, she headed out to see her other clients. We followed in the shadows. The Whisper warned us that some sort of spirit was following us. It did try to fly off, probably to warn our quarry, but the Whisper forced it to stay put.

Her first client was someone living in a mansion. We knew we wouldn't have much time so we prepared a quick trap. As the old lady came out the mansion, through the gate and onto the street, our Lurk ran up to her in the guise of a random passer by. Being stationary, she was a much easier target for me so I shot her through the shoulder. She staggered back... and regained her balance. It was at that moment, when she completely ignored the pain of being shot, that we realised she too was a spirit possessing a dead body.

She reached for a vial hanging from her neck and shattered it on the pavement, releasing her guardian. Our Whisper mentally wrestled with the angry spirit, I kept shooting at it with ectoplasmic bullets and the Lurk beat and cut the lady-necromancer. When all was done, the Whiper, with great effort, captured the spirit and the Lurk delivered the final blow to our enemy's exposed neck.