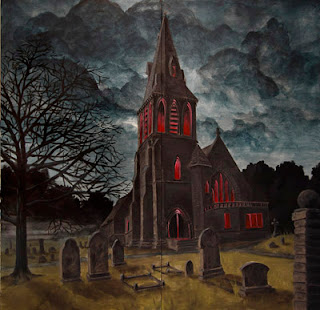 Last week brought and opportunity to join the Blades in the Dark conspiracy. Whilst I had heard much of the system second hand it was a delight to get hands on experience. By delight I mean the opportunity to cut throats, racketeer and generally fight murderously over turf. Interestingly enough the turf we had decided was ours this particular week was holy ground..
Now there is quite a lineage of issues in the horror vernacular when it comes to co-opting blessed or cursed real estate and the imagination does not fail here. Indian burial grounds come to mind immediately, old lunatic asylums often have quite the vibe, disused and long abandoned schools carry the haunting songs of unhappy children and faceless nurses endlessly shuffle the corridors of condemned hospital ruins.  Worst of them all though, the de sanctified church. If you want a good night out, go to a de sanctified church.
So, with a roll of the eyes, lo and behold, our last mission was to take over a church opposite our scrapyard to expand our grisly little empire. The system is well balanced in that you gain more Heat  the larger your organisation gets but of course more Coin potentially and prestige. Remarkably enough it was a fairly straightforward matter of undermining the resident priest and convincing his motley congregation that they needed a much higher quality worshipping experience that included fishcakes and wine.

Having made our play, one of us kept the congregation talking outside while the rest of us went inside for some quick de frocking. Oddly enough on this occasion the land itself kept out of it to my relief but of course the twist in the plot was always there. As we leapt upon what we thought of as a beleaguered preacher he didn't so much as turn out to be possessed but in fact a Demon in possession of human disguise. Several Stress points and Traumas later it had succumbed to a general battering but we had really underestimated the situation. Nevertheless we now have a church to soak for donations and a little more territory to squabble over.
What next then ? I'm thinking a nice tea shop to go with the church where we can funnel A class drugs through cutthroat old ladies. 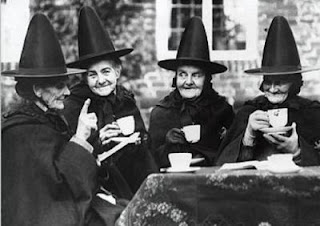