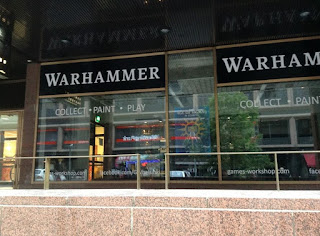 So I have been away for a week an my own adventure that netted absolutely no gold or  experience points. I shall pause only to point out that I walked passed  a Warhammer shop in Helsinki. Specifically I didn't go in to see if it was actually war hammers they were selling as it was closed; the owner was absent presumably because his son had been captured by internet trolls.
So piecing the week's email evidence together it would seem that GM Bill has been having some fun with our 13th Age Party and life insurance may have to be cashed in. Quote:

"Life can be hard sometimes. 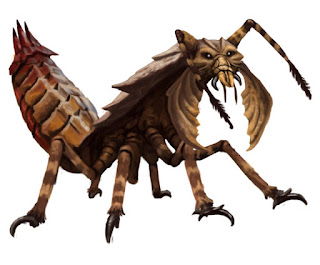 You're a big fierce Ankheg, you fear nothing.  You're enjoying a relaxing day, lurking in your burrow, when a whole row of meals arrive.  Juicy soft little creatures, no exoskeletons, you can just bite straight into them and eat to your heart's content.

That's how it was supposed to work.

But then somehow they turn out to have sharp bits, and weird explosions of fire and stuff, and before you know it you're losing legs left, right and centre and really not feeling king of the hill any more.

And then, to add insult to injury, the adventurers you barely scratched get themselves utterly mauled by a mere ochre jelly.

Bill"
Given the options between fighting a rather ugly, giant insectoid or a yellow jelly, I can see how guards may have been let down here. I would suppose jelly is something you have to reward yourself with after a particularly trying day or something to indulge in at Christmas.
Just remember folks, wobbly, delicious deserts are no trifling matter and can have you for Christmas too ! 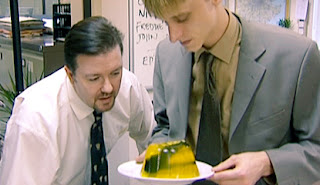