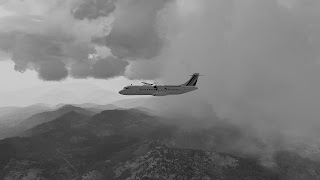 The Achtung Cthulu has begun in absolutely classic style. Our group of average well to do sub continental jet setters were taking a usual Indian internal flight  from Bombay to Calcutta, where upon the plane was veiled in a strange and yet B movie like mist as our pilots lost their navigation. Instrumentation was curiously malfunctional as well as everyone's watches losing time during the affair. Our adventure had begun and in pre war air cabin luxury.
Through the mists strange red lights were apparent and also seemingly correcting any course deviation, they brought us down eventually into the vast mountain escarpments of the Himalayas.. or that is what we thought. Putting aside our surreal journey we have found ourselves in some sort of even more surreal Buddhist enclave, not just cut of from civilisation but, I suspect, cut off from reality entirely!
By reason of fate or design we have been asked by the Abbot to assist in challenging some less enlightened neighbours of theirs in another valley as it appears that, for reasons unknown, they have managed to acquire a transmission tower...and are in contact with ze NAZIS!!
Its all a bit overwhelming for everyone at the moment and my character is not sure where he is going to get the morning papers from but if the Nazis get a foothold in the Raj then it will be the end of business as we know it... 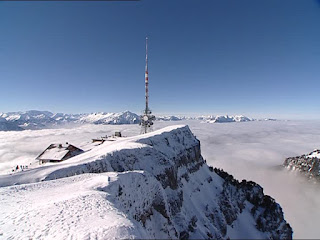