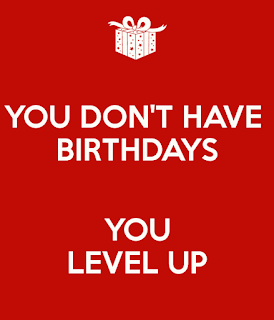 I am pleased to report that the DnD party are now second level. As close a shave as we had to death last week, it seams that an inch is as good as a mile for us and we gained enough experience to claw up some desperately needed hit points ready for the next close shave. Even closer if you believe the adverts.

Here is a friendly Youtube video of the process:
https://www.youtube.com/watch?v=psRgCmjo6j8

The 5e process was incredibly quick and straight forward and entailed writing a 2 instead of a 1 in the level box, rolling a single dice (or accepting an average) and copying across the proficiencies for your character from the Players Handbook. I picked up my first spell slot and now have something else to wave in front of people's faces other than an axe.

As painless a process as it seemed I did cast my eye down the level charts, optimistically I admit, to the higher echelons and although one picks up one or two additional proficiencies as you go up each time, it will end up being quite a lot eventually. I suppose though, that if a player personally takes a character through the level ups, it would imply one had a good grasp of capabilities at each stage. Still, I wouldn't envy a beginner jumping in at a higher level but I suppose this is true of most RPGs. 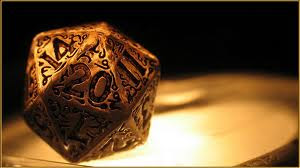 As for the party itself, well, we have managed to restore a lighthouse to full operation and dutifully receiving the reward for doing so. And we have located some missing persons, albeit slightly less alive in some cases. It is slowly transpiring though that many of the optional sub plots we have come across are seemingly interlinked with cultist of the Green Dragon. This will require further investigation but at least for now the fog is literally lifting over Neverwinter as we have restored some navigation to its blockaded port.