Someone Heard You Scream 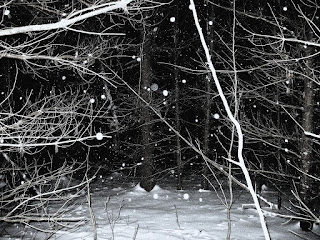 As a GM, I never know how to start a game.
A typical fantasy game starts in a tavern, I'm told, when an old wizard judges your motley of low-level adventurers worthy a task so grave that it can only be given to a random bunch of strangers... but what do you do when there's a significant lack of wizards and taverns in a given setting?

How am I supposed to know?
I just asked the players what their characters are doing in the woods on the outskirts of town... yes, yes, yes, that's a cool story. Oh, by the way, you hear a scream of terror followed by gunshots from within the woods!

That's as good a hook as any... and so, the local werebeasts found themselves checking out the scream. Coincidence or Fate? We may never know.

They went on in the direction of where the scream originated. Stopping only when encountering a blizzard! Expecting something supernatural going on, VT turned into a falcon and went on ahead to scout. Especially after one of them got nearly hit by a severed arm of some poor chap. I was expecting the players would stop and think things through. Maybe try and gather some more information but after VT returned to say she found an enormous beast with control over the winds, which might be responsible for dismembering a human being in no time... they decided to go and try to kill it. 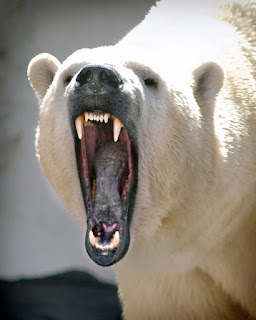 It might seem like a bad plan but they do have a gigantic were-polar-bear. All things considered, they might have been successful... if not for VT getting swept away, the blizzard mysteriously disappearing and someone shooting at the enormous bear next to a poor, defenseless student.

There were so many rolls between players to keep Devlin from going on a rampage.
I was expecting someone to fail.

At the end of the session, Devlin regained his composure, turned back to human form and started putting his clothes on while someone was approaching the group.