Last club meet I casually enquired about GM Bill's 13th Age game. When engrossed in planning and running ones own session its easy to forget that other things are going on. Whilst we were all catching up over a pint before the games I gainfully asked after the other players as to what had been transpiring and found to my delight that a fight had made its encounter with their party. Even more amusingly it transpired that some orcs had taken the opportune moment to attack the party whilst they were having a bath. Genius. Orcs are not stupid creatures for the most part but often aggressive and spontaneous, but it borders on genius to ambush  a group of people while they are wearing thongs and olive oil.
Now from a mechanics point of view this opens up a whole new avenue of combat possibilities. I can imagine the issues now... How much damage does a soap on a rope do - hits like a morning star but leaves you refreshed and lightly scented ? How fast can I move in flip flops ? What AC is a towel ? How many attacks a round does a loofer have ? On it goes.
I must admit I wish I had been there - there's probably an expansion module just for kitchen and bathroom scenarios. So it would seem that the 13th Age game is well on its way and I do hope they don't slip up any further. 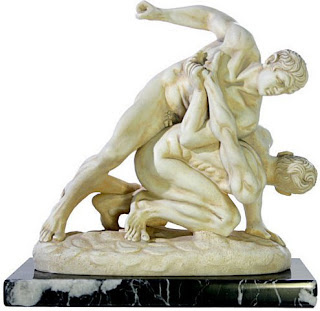 On the MERP side I can report that the Animist narrowly escaped summoning a Penguin as a familiar to do some scouting for him. They have also realised that an ancient and mysterious book they have seems to be raising undead nearby - as the party are based in Minas Tirith and operating from Osgiliath it is also just occurring to them that both cities have several old, large cemeteries. I sense a country trip coming on. 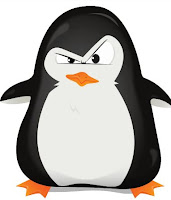