Never Give In, Never Surrender 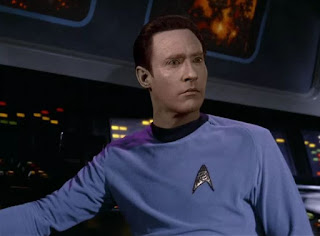 There are mumerings in sub-scpace and possibly even the first Starfleet missives regarding crew assignments that might be happening for a StarTrek game that could possibly be in effect in the perhaps nearish future. Despite practicing my non committal communications, GM Jon is starting to have initial chats about launching a Starfleet vessel, so watch this space, pun intended.

It moves me neatly onto the trending subject of the new Star Trek Discovery currently airing and as I am a roleplayer and I have never seen any of the episodes I am going to immediately Troll it and say its the worst pile of crap ever to have come into existence. Now I am clearly having to use the scientific method to extrapolate opinion and craft a Trek Theory. Correct me if I am wrong, but arbitrary character led story arcs are completely alien to all that Star Trek ever was at is core; an episodic, hard hitting philosophical series regarding contemporary moral and ethical dilemmas that ultimately resolved themselves - a mirror to the human condition that not only describes our contention but also challenge us in what it should mean to be human.

Whilst TNG was excellent, it did show the occasional crack in stepping away from the clarity and focus of TOS, possibly related to Gene Rodenberry's passing. In my mind dilution continued through Voyager, although there were occasional gems, and was swallowed up almost entirely by DS9  which was just a pointless drama bar a very few poignant scenes. I appreciate the Pinocchio condition of Data trying to be human and the trauma of 7of9 regaining her humanity, which were excellent lenses for existentialism, they were just too interesting to balance against the rest of the banal crew - substituting good plot for character development ultimately causes too much strain on outward looking issues. 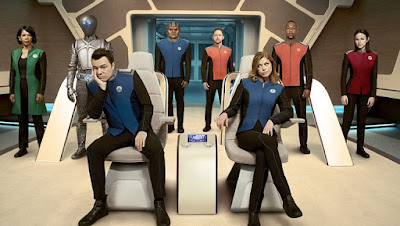 So I am getting the impression that I am not the only one on board here and stemming on from the wonderful Galaxy Quest that somehow managed to be a parody if itself as well as Trek, I find myself being slowly captivated with the crew of the Orville. Yes, there are the awkward first couple of episodes but this is settling very quickly and some of the humour is just side splitting. Whats more, there are extraordinarily hard issues that are faced, such as child death during war and extreme infant gender reassignment. There are episodes regarding religious isolation, democratizing facts, commoditising people and animal captivity. Combine such fresh issues with likable and flawed characters who's interactions are so familiar we can feel part of the crew ourselves - we may well finally have a comedy drama for the first time in 40 years to rival the quality of MASH. 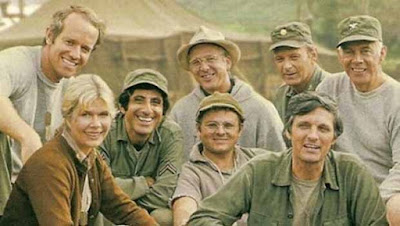 So at last to the point of this article - when do we get the Orville RPG ?