Time is not enough 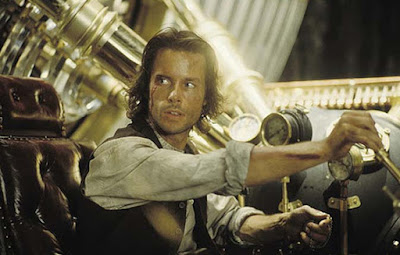 Although the Exalted has begun, there is still some work to do on the character sheets, partly as its somewhat like quantum theory but mostly because I am extremely lazy. Thankfully one of our number has returned after a year's worth of insane commuting and can now look forward to a normal life of  fantasy gaming. As he is joining the Exalted and will also have to create a character it does buy me another week under the radar to hide my ineptitude and finish off background narrative and various skills. Whilst I see players tearing at their faces where complex character generation is concerned, reward does come with effort and once completed, it shouldn't have to be repeated.

In the intervening time, I have been perusing more of the DnD lore. I think actually there is now more content than can be absorbed in a single lifetime so I quite like to leave youtube autoplaying from one world to another - its a pleasantly relaxing and meandering journey into the great pool of content and throws up the occasional item of note.

However, one particular piece of the DnD multiverse pretty much knocked me off my seat. I think I suddenly have a new respect for the system and things will never be quite the same again. I know I am a bit late to the game so to speak coming from a Merp and Rolemaster heritage and I am sure this comes as common knowledge to the avid DnD fan but I had no idea. DnD is a fundamentally hopeless struggle. Everyone will always die and all the civilisations and races will always be doomed to sadistic destruction. There is no future in DnD and it wont matter how many times the universe gets reborn. Its people and the beauty of their realms will inevitably be horrifically consumed no matter how hard the struggle. 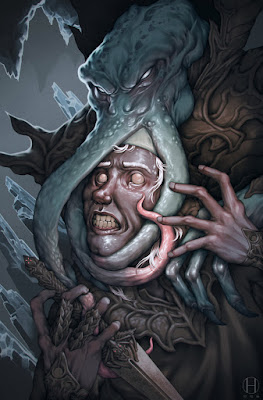 This is the story of the Ilithids, commonly known as the Mindflayers. They are essentially the Borg of the fantasy world, a psychically linked species that literally feed on the brains of intelligent beings and bent on complete domination of all life. In this they become completely successful and subjugate all races. But of course this is not enough for true conquest. In order to ensure that they survive the end of the universe itself, they created "The Great Cycle", a portal back to the beginning of time where they seed themselves. This ensures an eternal time lock, so no matter how many times the multiverse restarts and whether they are hunted to the edge of extinction or not in any particular version, they will always win because they can only exist as a result of their future apotheosis.

Their ecology is lovingly fleshed out in gory detail in one of  A.J Pickets excellent videos.