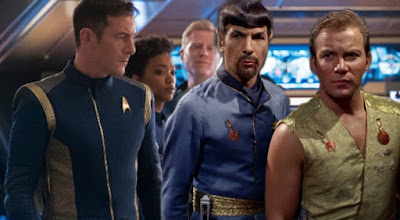 It was my pleasure to pop down and see everyone at the Craft Beer RPG club last Monday. Much as on other occasions its always nice to chat with familiar strangers and swap mutually embarrassing stories. This time round I had a brief catch up with Simon Appleton who continues to support the scene and who was also promoting his Larp event in Pulborough scheduled for the summer. We were also frothing about the latest version of Paranoia (25th Anniversary Edition), though I hadn't realised it went from 2nd edition to 5th edition in honour of its own dysfunctional narrative and I also didn't realise that Microsoft requested the creators to change the name of the ParanoiaXP series. Luckily Microsoft is our friend and we can trust them. 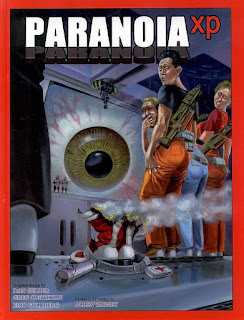 The Meetup was well attended overall with several GMs touting their wares; my favourite being a "Honey Heist" one page rpg one shot where you play one of several bears on a mission to steal the aforementioned honey. There are of course two stats: Bear and Criminal. 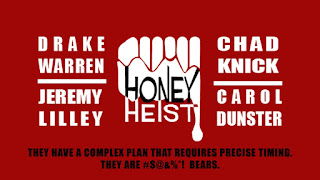 There were also a few D&D games getting their share of attention and by the end of the evening everyone had someone to talk to. As a predominantly virtual organisation I never know quite what to make of the club as there is no particular indicator as to the overall number of games or players, but the semi regular meetings do seem to keep topping up interest on the back of lively scene; its a sort of mirror universe to our venue I feel. Nevertheless I represented the Railway Club admirably and made everyone aware that they would always be welcomed with frozen lasagne and a very friendly punch in the face.