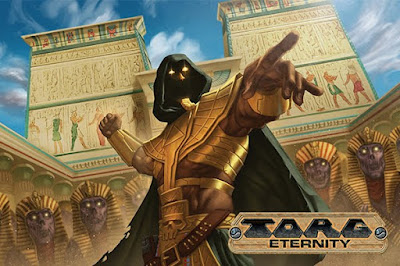 Sometimes universes are just too screwed up. Sure, virtual reality systems will tend to bend the sense but that's sort of a given when you put on the headset. Last Saturday we got in another of GM Warren's TORG sessions which was really the start of the main campaign as the precursor sessions were just an introduction really and covered the events of the Great Invasion in the "near now". The characters have bedded in somewhat although we did have the option to select a new one - Jack went for this but the danger of having a new character around that its tempting to Martyr it off. I say this specifically as there is a Torg Martyr destiny card that allows the successful outcome of an action at the expense of the death of your character. Indeed GM Warren had brought about 20 or so pregens along so I think I see where this is going.

For reasons the party found themselves in Copenhagen - still relatively untouched as a still preserved core environment but we were investigating a raid on an art gallery buy a party of Vikings who subsequently captures some of the guests and drove off in a white van. Having pursued the clues we eventually ended up rescuing a few of them from an underground cavern which was experiencing a mass invasion of spiders. We managed to get out alive but it doesn't sound good. 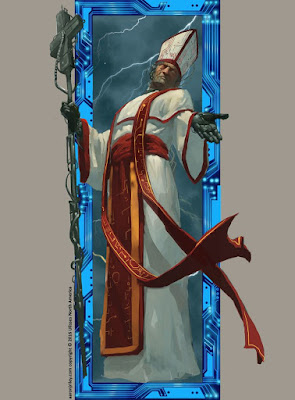 With universes and dimensions colliding and alien civilizations mixing with humans it's a volatile environment for sure but the issue with such systems is that they do need a very carefully thought out structure otherwise players will have no feeling of control or interaction. As I have said before I am unsure of whether TORG is just too random as without some reasonable expectations then the characters are just adrift in a sea of crazy events. This is where established narratives are helpful and TORG is an old system to be fair but for me the jury is still out as I am struggling to cope with a Viking raid, missing art dealers and giant spiders. Perhaps we are still playing Feng Shui and I haven't noticed yet..