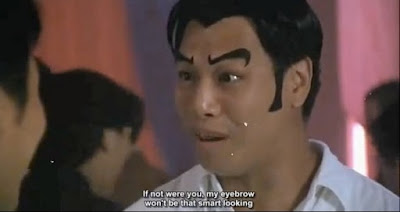 Last week as GM Dave was away we decided to take a break from Arctic Zombie attacks and play a Feng Shui one shot set in the Arctic where zombies were attacking us. A break is as good as a rest they say and  in this respect we have coined the phrase Non Player Zombie or NPZ given the number of undead we seem to be dealing with at the moment in various games. Feng Shui is designed to be instantly ridiculous and with that in mind its sets the scene for the players right from the start. To be honest we spent a few minutes role playing before the subtitles and guns came out and from then on wards it was pure badly dubbed pulp.

GM Jack actually gave me my old character from a few years ago, 'Walter', who is an ex-military PTSD afflicted pizza delivery guy. In fact it was the smoothest character introduction I have ever had as whilst the party were operating from a secret base they decided to order a takeout. Having immediately compromised their location when I turned up with a pizza the only options were to shoot me or hire me. There was a brief discussion I recall but happily enough I was conscripted. 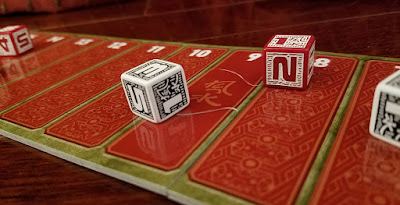 Whilst the game is instantly fun I am not a great fan of its mechanics. Whilst I do like the exploding D6 I am unsure as to why they designed the rolls around a positive and negative result - basically roll a D6 and subtract one from the other to get a result and apply modifiers. With an average result of zero of course it comes across as somewhat of a coin toss but for a B movie narrative I suppose it might be appropriate. Also there is a rather contrived initiative ladder where a token for each player is placed down on each rung and as actions are consumed, the tokens are then moved down appropriately - when all tokens have dropped off the ladder, its reset again. The system allows scope for more mechanics in this area of course but at the end of the day I do believe simple is sensible particularly where a fast action games so I think it interferes from the atmosphere overall. Nevertheless we succeeded in staying alive for the next scene and no one stormed off set.