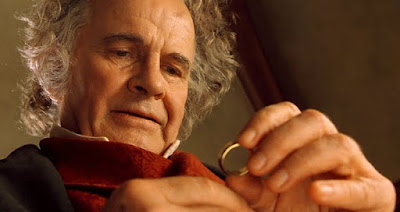 I was sad to miss GM Dave's one shot over Christmas, 'A glitch in the Christmas Matrix' but was lucky enough to catch GM Pietro's one shot last week based on the wonderfully narrative game of Fellowship by Jacob Rundolph. Initially I presumed it was a parady on the Lord Of the Rings and I may well be partly correct but on the playthrough it was readily apparent that the system could be played quite properly. 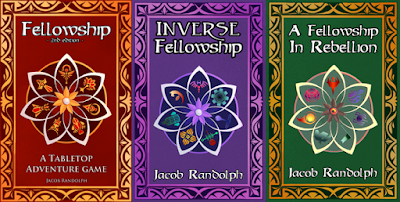 For my part I took on the Gandalf equvalent of "Harbinger" to 'remove evil from this world at all costs' and whilst the system never makes direct reference to Tolkien, all of the key narrative aspects of the characters have been distilled into specific abilities. So for example one of the harbinger traits is "Angelic Remenants" - Your people are what remains of the diving beings who created this world, and your extraordinary powers are what lingers of their gifts." This trait then allows the use of  "Speak Softly" (sort of telekenesis) with someone whos name is known. Basically its like the scene from the film when Galadriel speaks into the minds of the other characters. 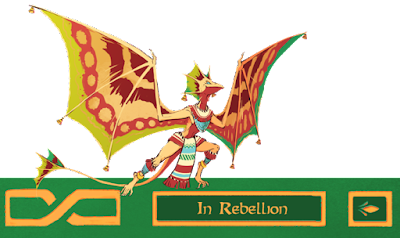 Whilst there are other traits that diverge from the Tolkien context they are all faithfully narrated and offer very general abilities that can be tailored to any specific situation. Its hard to put a finiger on it but it works very well - its easy to pick up, narratively descriptive making it very immersive, flexible for experienced roleplayers and integrates roleplaying by design. I do believe it may be a work of art.

Anyways there are also additional modules and expansions still in waiting at the kickstarter: