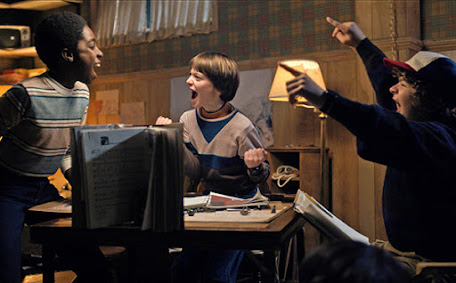 Strangely I bumped into a half-orc at work last week although it shouldn't be that surprising really as there will be a statistical model describing our hobbies akin to the odds of bumping into someone with the same birthday. In that specific case a work mate had just started plating D&D and popped into the office for some help printing out an encounter map. So we got chatting and it turns out he was a long standing fan of critical role and was arranging a game for his children. Now running a game for kids needs careful thought and in his case they hadn't yet reached their teenage years so there is some general if not obvious advice. Keep it super simple and if the kids want to get creative with their characters and items then just let them, rules are there to control their actions not their character. But you can be robust, they are tough little cookies and if  you have to kill off the party then fine as long as there is a way for them to jump straight back into the game to avenge their deaths for example then they will be perfectly fine with this. 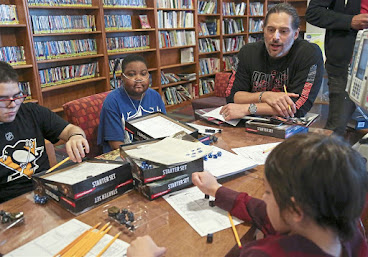 As my workmate wasn't particularly confident to run the game  as well as wanting to play on the side of his family he decided to get on line an hire a GM for some sessions. This isnt the first time that I have come across this and there are now specific sites such as Rolldark one can visit to contract someone as well as asking around your local club. In his case unfortunately he chose someone with such a thick Irish accent that it was difficult for him to clearly understand what he was saying but understanding vocals does improve rapidly with exposure so he is persevering.

Whilst I dont think there is a necessarily a career path ahead for running games bar some notable influencers, there is certainly a lot of loose change for around for those willing to put in the effort to introduce daughters to dragons.