Having watched more than my fair share of movie hostage situations I would consider myself well versed in assessing incidents from an armchair/take away perspective. When a hostage is being grappled and has a gun pointed held at their temple then clearly a dramatic headshot by Bruce Willis is prescribed. Where negotiations are concerned, then you simply call in Kevin Spacey and have him talk them down. Where you can't communicate with captors then you clearly need an SAS response. For pirate boarding, Tom Hanks should be immediately promoted to Captain and passive, non cooperative resistance tactics should be adopted. When your favorite nuclear battleship is captured then an immediate Steven Segal intervention is required.

For the ardent roleplayer it goes on... Alien abductions often need a long term concerted effort from a fringe anti-establishment wild card and sidekick pragmatist such as Mully and Sculder (good name for cats btw). In your average, run of the mill possession cases a visit or two from Max Von Sydow should suffice albeit worth getting home insurance on that one. Your average encased-in-carbonite rescue does require thermal grenades and optional Princesses but is eminently doable.  And finally for your common or garden human sacrifice hostage....err...

Here in lies last weeks quandary. Personally I can only recall Big Trouble in little China, though that was a critical dagger throw by the hero I believe...and as a Paladin I rather look down on stabbing people in the back even if they are about to do the same. No, I made the right choice and charged in madly waving my sword. OK I rolled a 1, critical failure, and blamed everyone else. Completely ignoring my intended target I decided to engage a completely different foe. Perhaps for a Paladin there are no better of two evils but that is little consolation as the hostage not only lost his life but also his soul it seems as his body became a conduit for a thoroughly antisocial demon that came pre packaged with another set of critical failures to hand out.

What can you do eh ? Well it occurred to me far too late that of course I could have gone for the stabbee rather than the stabber. Ok, I would have critically failed but I could have taken the dagger blow for him instead; I could even have hurt or killed the hostage but at least I would have saved his soul and his relatives may even have got a pay out via Paladin Injury Lawyers 4U. There is basically no reason to save a Hero in a Roleplaying game.

I think what I am trying to say here is don't believe everything you see in movies..

Heroes die but are not forgotten. 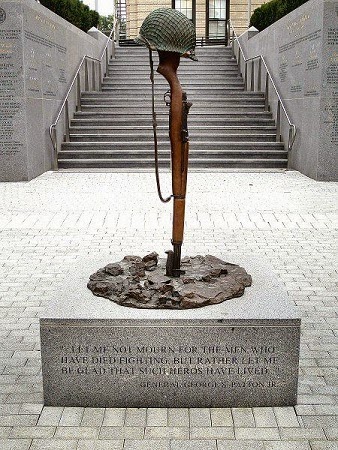