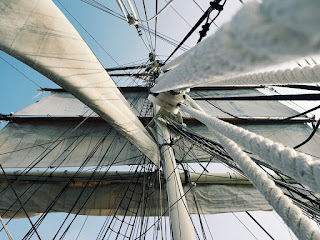 Yes, forgot about this one until everyone reminded me last week; the road to the negative plane is paved with good intentions they say. More to the point, it is one thing to have a good idea but it is quite another in having the skills or charisma to carry that idea out. Take for example our Tom Cruise/Mage character class player who, not being content for the party to adventure along a river bank with their horses like any other party decided it would be a much better idea if he teleported himself fifty miles back up river to fetch a boat whereupon the party could then presumably take their time, enjoy watching the scenery drift past, perhaps do a bit of fishing and quaff the occasional Riocha. Not really fully absorbing this the rest of the party shrugged their collective shoulders and off he popped.
Now mages are traditionally brought up within stone towers, bent double squirreling over ancient books and straining under dim candlelight for many years- exactly what boat handling and navigation skills they would acquire during this period I am unsure. In fact I would go as far as to say I was a little sceptical. So here is a GM's perspective on the events. 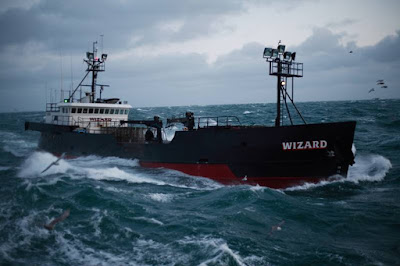 Mage teleports, makes his casting roll and doesn't end up inside a brick wall. Ok so far.
Standing in the docks at Osgiliath. he asks 'OK, so can I see a boat?'
Mmm ok player makes a perception roll and finds an old boat on stocks in a warehouse. GM rolls to see if the boat is seaworthy, smells of prawns or will instantly sink. Made a reasonable roll so it will float but the rigging is not set. However as the Mage is in fact a Mage, he has no idea about this.
'Cool! Teleport the boat into the water !'
OK, makes his teleport roll so the boat doesn't end up on the opposite bank and hey presto boards as its shiny new captain.
'Off we go then!'
Nick rolls his seamanship. This is where the issues begin - not a great roll, which is mostly irrelevant as having spent no time on anything even resembling a boat, the roll is versus a sheer folly modifier. In other words if he randomly plays with stuff is there a quantum chance it all starts working. No is the answer surprisingly. 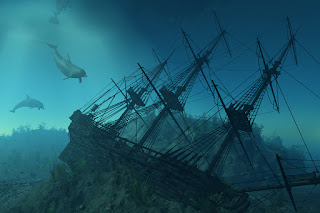 So Nick makes another roll to see which side of the Osgiliath bridge he is on. Makes it annoyingly enough as we could have been looking at some sort of wonderful docking attempt with a stone bridge, however he is on the right side of the seaway as it happens. Off we drift. And drift is the correct word. Having failed all attempts at rigging, navigation and boat handling, the boat gently moves out into the river and rotates slowly as it meanders down river. A couple of days later he eventually floats past the point where he left everyone, but of course its the middle of the night and he hasn't the faintest idea where he is. The other mage in the party thinks he saw something on the river so wanders down to the bank and whispers "Is anybody there?". A quarter of a mile away, Captain Mage happily journeys onwards counting the stars. Getting towards dawn, the coastal relief start to look very unfamiliar at this point and so remarkably he gets the boat to the shore, secures it and walks his way back upriver to the party, all of whom now decide that its probably a good idea to keep using the horses.

What a delightful waste of time. 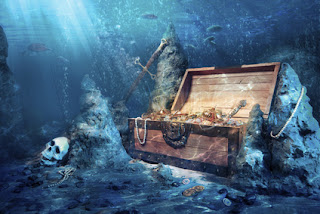