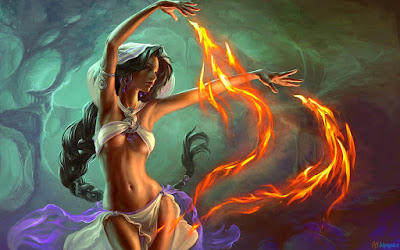 Whilst the club meets on a Thursday provide a wonderful nexus for RPG cross chat and an excellent chance to try new games, with a relatively speaking high turn over, the evening is basically quite short providing a typical session of between two to two and a half hours of role playing. Added to this that transportation volatility and the general bustle of weekday life can mean further variation in play. Also, despite the weird and wonderful yesteryear environment of a Victorian converted 70s style social club, it can be a somewhat alien experience for newcomers. All things being equal though there is free space for games, cheap beer for those that seek it and a jukebox installed with a Genuine People Personality chip from the Sirius Cybernetics corporation. 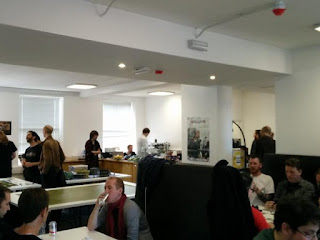 So in an almost Zen like counterbalance GM Warren has installed a monthly/ whenever anyone can make it session at the local Dice Saloon RPG centre. The advantage of this is a proper session for a few hours that you can get your teeth into in a dedicated and decorated environment without weekday stress and the need to get pissed. I am very pleased to see that the Dice Saloon is still around given a very difficult market but that the gaming spaces available for rent do potentially give us another home from home with coffee reasonably priced as I understand it. It will be interesting to see how this evolves.

Anyways, at the moment an Earthdawn scenario has begun. I do have an old Earthdawn book kicking around and remember finding the spell system quite complex given the use of matrixes (which I guess is the proper plural form in magical circles), but never actually had a go. The game has begun in an underground citadel, or kaer, during a time of plague that is afflicting some of the Elves as well as a string of inexplicable suicides, Whilst the malady seems to be incurable its origins are mysterious - a previous  kaer expedition looking into this having since failed to return. It seems our party have had more luck if you can call it that by way of coming across some poisonous mutated plants and other vile creatures. Just a matter of connecting the dots whilst not being flayed alive I suspect.

Good luck to the I say and I hope to pop in for a session. In the usual Thursday slots, the Strike continues with a battle at Strike HQ and the Numenera is ongoing with no reported fatalities as yet.