So there is another aspect of GMing in particular and roleplaying in general that has hitherto remained unmentioned in these pages. As an ex teacher I have had plenty experience in addressing groups of people on a regular basis and whilst it comes naturally to some, even those unaccustomed to oratory do get into a stride quite quickly as dilemmas, plots and opinions tend to move everyone along very quickly - events make their presence felt despite whomever is running a game. The problem is when verbals get the better you in key moments it can both be very amusing but also if a bargain is struck in error then you can also be held accountable. Careless talk costs lives they say. 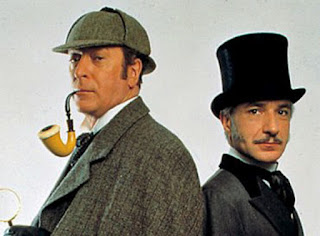 On the amusing side for example I did accidentally open a rectical during the Planescape last week rather than a rectangular portal but despite some reservations the entire party did eventually jump through to their finale. I have also tried assassinating someone using nothing more than the elephant of surprise, which is particularly awkward to keep handy during stealthy moments, and let us never forget the magnificent post mortem deduction from Sherlock Holmes that "He was battered to death with a blunt excrement". I also discussed running a Cider Punk with friends this week - a sort of Blade Runner / Farming epic.

Gratefully in other news, I do believe we are now agreed that GM Jack will step in with a 13th Age adventure which means we can offer the more well rounded portfolio of SciFi, PostApocalypse and Fantasy. So roll up, roll high, roll on and embrace your inner elf confidence.