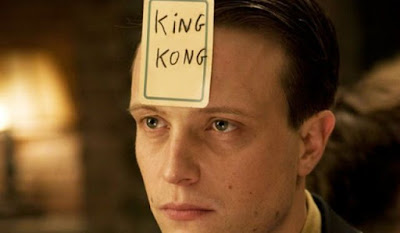 So there are various party games involving closing your eyes and then either randomly pointing in different directions, spinning a bottle or sticking something to your head. In my particular case in the D&D we have a sort of party table that involves everyone placing their hands on, charging it up using your ones life force/hit points and finally sitting in an appropriate chair in order to teleport the entire group to a distant location of choice. 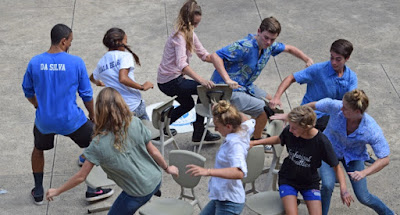 Now this works all good and well except when you're a half orc who just likes to try different things. The table draws its power by draining one D6 hit points per individual until it has a total of twenty when it can then be used. After teleportation, the table then needs re-charging and so on. Now its taken the party a few goes to work out the navigation mechanics but as half Orcs only listen half the time our intrepid Cameron gleefully gets up from one seat and sits in another one jumping the whole party back and forth between two places they didn't want to go. Add to that, everyone is sitting around in a circle, counting down from three but not quite everyone is placing their hands down.

After some tears of laughter, punches in the face and sore palms, I think we can now confidently say they occasionally know what they are doing.