Savage Eberron III: The Secret of the Forgotten Vault (Part 1 of 2)

This scenario had been brewing for a while as I waited for a gap in our gaming schedule; as a result it went through a number of rewrites as time went on, resulting in enough material for two sessions. Dave had long since returned to the sweeping tundra of Canada by this point, but we were rejoined by Manoj and his half-ogre vuvuzela-toting bard Jon Loger. Returning from last time were Stuart with his duellist Fibulon, Ben with the dwarf artificer Stone McGuffin, and Rick with both his private detective Edie Stone and the halfling dinosaur rider Galaxy Jones. Also returning was Sebastian, although he'd generated his own character this time, a half-orc battering ram called, I think, Asap.

Last time, the team had discovered that the mysterious "Jewel of Galifar" was in fact a young girl who seemed to have been held in a magical stasis for the entire duration of the Last War, and that her name was Jenna ir'Wynarn, which would make her a member of the pre-War royal family, perhaps even the heir to the throne of a united Galifar.

Jenna could remember nothing more than her name, but this name did not appear in the historical record, nor was there any known reference to a sixth child of the ir'Wynarn dynasty. Determined to find out more, the group got in touch with an academic at Sharn's Morgrave University, who promised to research the matter if they would track down the last resting place of a notable figure from the Last War.

The session began with the player-characters having found said resting place, and discovering that the Butcher of Breland was not quite as dead as was thought. I was hoping to start the session with a bang, but Asap waded in and took out the undead monster with one swing of his blade. To be fair, while the Butcher was powerful, I didn't want to kill the party off in the first scene, so he was only an Extra; even so, I was not prepared for quite how combat-tuned the half-orc was, although this specialisation would come back to haunt him later on.

After this brief warm up, the team returned to Sharn with the remains, and in return the professor told them that while he could find no record of Jenna ir'Wynarn in any historical document, he did find a reference to the iron casket in which she was found, in the journal of a servant of the ir'Wynarn household. The journal did not go into much detail, but it did suggest that the casket was due to be taken to a "Vault 13", with the number written as a dwarven rune.

They suspected that this was a reference to one of the vaults owned by the dwarven banking guilds of the Mror Holds, in particular the dragonmarked House Kundarak.

As narrative convenience would have it, the Bank of Kundarak in Sharn was due to host a dinner party for prospective new customers, so the party pulled some strings to get on the invite list. Their plan was to see if -- with the wine flowing -- they could get some information from Kundarak's employees and if not, take advantage of the distraction of the party in order to sneak about and look for clues.

I came up with a little mini-game to handle this, based around an alert level that would rise or fall depending on how stealthy characters were, whether the party-goers managed to cover for the absence of those sneaking around, and so on. I made counters with little Metal Gear Solid exclamation points on them and everything. 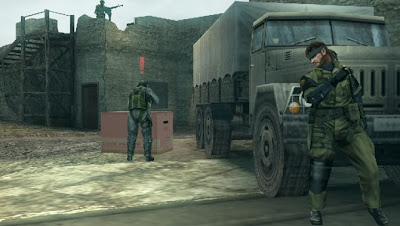 It didn't work very well, in part because I had expected that only one or two of the group would leave the dinner party to skulk about, only for the whole lot of them to tramp around; Jon even blasted his vuvuzela a couple of times as "a distraction", so they were anything but stealthy. In all fairness though, the mechanics of the mini-game weren't very rigorous either, so I can't really blame the players for breaking something which didn't work in the first place.

Although it was a bit of a disaster from my perspective, the team did manage to get the information they needed, learning that Vault 13 did exist, but was emptied in the year 867. The official House Kundarak story was that the vault was destroyed by the Jhorash'tar -- an indigenous orc revolutionary group -- so the team decided to follow that lead. They found a bar for Jhorash'tar sympathisers in one of the more middle class areas of Sharn and started asking the orcs inside about the group, only to discover that the local contact was an elf. I thought this was a bit of a corny double-bluff when I wrote it, but they did all seem generally surprised.

Their discussions were interrupted by a raid by the Sharn city watch, who seemed to be looking for the mysterious elf. The group decided to help him escape, getting into a brawl with the guards and subduing them without loss of life. In return, the elf promised to put them in touch with the Jhorash'tar; he gave them an unusual blue stone and told them to go to Krona Peak in the Mror Holds in a week and look for a person holding an identical stone, who would then take them to the Jhorash'tar.

We ended the first session there, not quite on a cliffhanger, but good enough. I was quite disheartened by the first session, as it didn't seem very exciting, the players seemed distracted and the stealth sub-system crashed and burned. To be honest, I wasn't looking forward to running the second half at all.