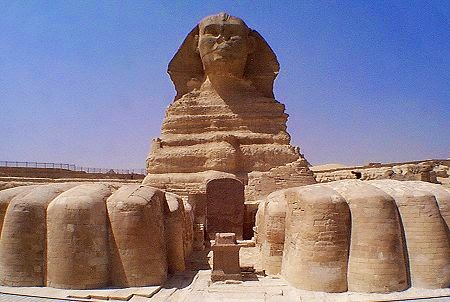 New games folks. We have had our second teaser for GM Bill's 13th Age and the Great Fall. A 13th Age overlay based on an alternative fantasy history of the Great Bronze Age Collapse. Below is the creation mythology and icon background behind the overlay for those interested in playing.


Before: Formless chaos.
Creation: The gods create themselves, divide living from non living matter, define the elements, shape the world, populate it and give all things their purpose.
1st Age: Gnomes of Sumer develop magic, which spreads quickly to other lands.  Human culture advances while gnolls decline into savagery.  Osiris of the Nile valley becomes the first Emperor, his sister Isis is the first Archmage.
Dark Age: Osiris is murdered by his brother, the Orc Lord Set, leading to civil war and anarchy.  Osiris expels demons from the nearest regions of the underworld and rules there as the Dead King. 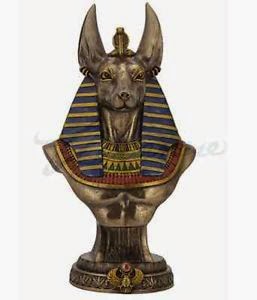 2nd Age: Dwarves perfect the art of bronze working and elves develop funerary rites to ensure a safe passage to the afterlife.  Imhotep, the first Master Dwarf, designs pyramids enabling Emperors to control traffic between the lands of the living and the dead.
Dark Age: The Fool, supreme wit of the age, tricks the Empress out of her throne, but his rule is a disaster.  A series of audacious thefts culminate in the loss of the crown itself.  Courtiers plot and generals revolt against the Fool-Emperor, leading to bitter strife and the Empire disintegrates.
3rd Age: The Tyrant Sargon allies with Zahhak the Red dragon and becomes the first Dragon Emperor.  A succession of Tyrants rule a large empire from Akkad, but are unable to conquer Egypt, partly thanks to the protection of the Great Sphinx.
Dark Age: Losing patience with the latest weak Tyrant, Zahhak embarks on a rampage, burning a village every day until he can find no more settlements.  Humans everywhere flee their homes.
4th Age: The Great Sphinx and Ammit the Green make war on the Red, who is defeated and imprisoned beneath the island of Thera.  Ammit is slain in the battle and Osiris grants her the privilege of devouring the hearts of the wicked dead.  She dines well, but her diet of sin gradually poisons the breath of all green dragons.
Dark Age: The Archmage experiments with combining mortal flesh with beasts and primal creatures to create an army of monsters.  He attacks city after city in his quest for power until he is slain by his own creations, who disperse to wreak even worse havoc and destruction.
5th Age: Engineers build strategic forts and roads to hold off the monsters and fight back.  Dwarves become the most powerful group in society and Dwarf Kings rule many lands under the direction of their Emperor.
Dark Age: The dwarves grow ever more greedy, plundering the natural world.  The High Druid summons storms and beasts to fight back.  The Elf Queen seizes her chance to rally the common people against their unpopular rulers and the Empire collapses. 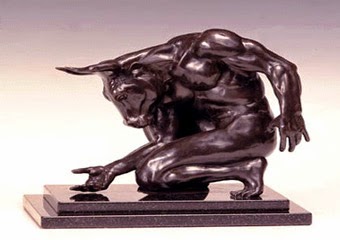 6th Age: The Elf King Minos establishes a maritime empire centred on Crete and gathers the most gifted young men and women to his court.  Minoans trade peacefully with other lands, spreading culture and prosperity.
Dark Age: after centuries stoking his revenge, Zahhak the Red bursts his prison, destroying the entire island and showering the inland sea with molten rock.  Apep the Black attacks the sun and blots out its life-giving light.  The Minoans are destroyed and famine grips every other country.
7th Age: The strongest dragons assert themselves as overlords to their weaker kin, who in turn use lizardmen and kobolds to rule over humans and other races.  The Red and the Black reign as co-Tyrants.  Other chromatic dragons scheme for power at the expense of their metallic brethren.
Dark Age: The Witch Queen assassinates many powerful dragons including Kur the Blue and Python the Black.  Most of the others withdraw into hiding.  But the demons who empower her spells drive her insane before spreading madness across the world.
8th Age: The Great Paladin and the Great Gold Sphinx fight back against the demons, aided by The Inquisitor who roots them from their hiding places.  Many dragons recognise The Great Paladin as Dragon Emperor.
Dark Age: Goblins and bugbears raid the fringes of the weakening Empire, aided by descendants of the aberrations that ended the 4th Age.  Hobgoblin kings claim the title of Tyrant and lead their legions on campaigns seeking to exterminate humankind.  People retreat into fortified cities and the Dead King reluctantly sanctions the animation of skeletal and zombie soldiers for self-defence.
9th Age: The Archmage designs the first practical golems, an improvement on undead troops.  Dragons and sphinxes support human armies.  Human and hobgoblin leaders vie for the title of Tyrant until the Dragon Emperor slays the Goblin King along with every other goblinoid he can find.  The surviving goblins retreat beyond the Empire.
Dark Age: The Archmage and Master Thief attempt to rob goblins of the power of speech.  The ritual backfires, and language is instead split between races, each retaining a small fraction of their original vocabulary.  The Archmage's golems misunderstand his commands and tear down his tower in Babylon.  Later historians speculate this was exactly what the Thief intended.
10th Age: The Fool invents new words and Elves spread them through poetry and song.  Priests of Mesopotamia lead the people to greater piety.  Blessed by the gods, many kingdoms flourish.  No great Emperor arises to unite them, but the Elf King is recognised as the standard bearer for culture and civilisation.
Dark Age: Ravaging bands of monsters grow in strength: orcs, giants, and the remaining goblins.  Striking from the wilderness, they make inroads everywhere and conquer numerous cities.  Some establish themselves in Lower Egypt as the Hyksos.  Wadjet claims the title of the Green and enters the underworld, but Ammit defeats her and eats her heart.
11th Age: The pharaoh defeats and isolates the Hyksos, who submit to his authority after purging their ranks of evil driders and medusae.  His dragons and chariots respond quickly to monstrous incursions, bringing relief to all human lands, earning him pre-eminence and the title of Dragon Emperor.
Dark Age: The Four greatest chromatic dragons (excluding Ammit) form an alliance, The Thalatth, and defeat the Emperor's metallic dragons.  Some rulers try to fight the Four and others to pay them off, with little success.  The Red tyrannises Persia, while the Blue, considered the brains of the group, rules Egypt.  People flee the cities to escape the rapacious monsters.
12th Age: The Elf Queen seduces Ladon the White, splitting the Four.  Human kings reassert their authority.  The Archmage lays down magic wards to detect, repel and weaken the remaining Three and other powerful monsters when they venture into human lands. 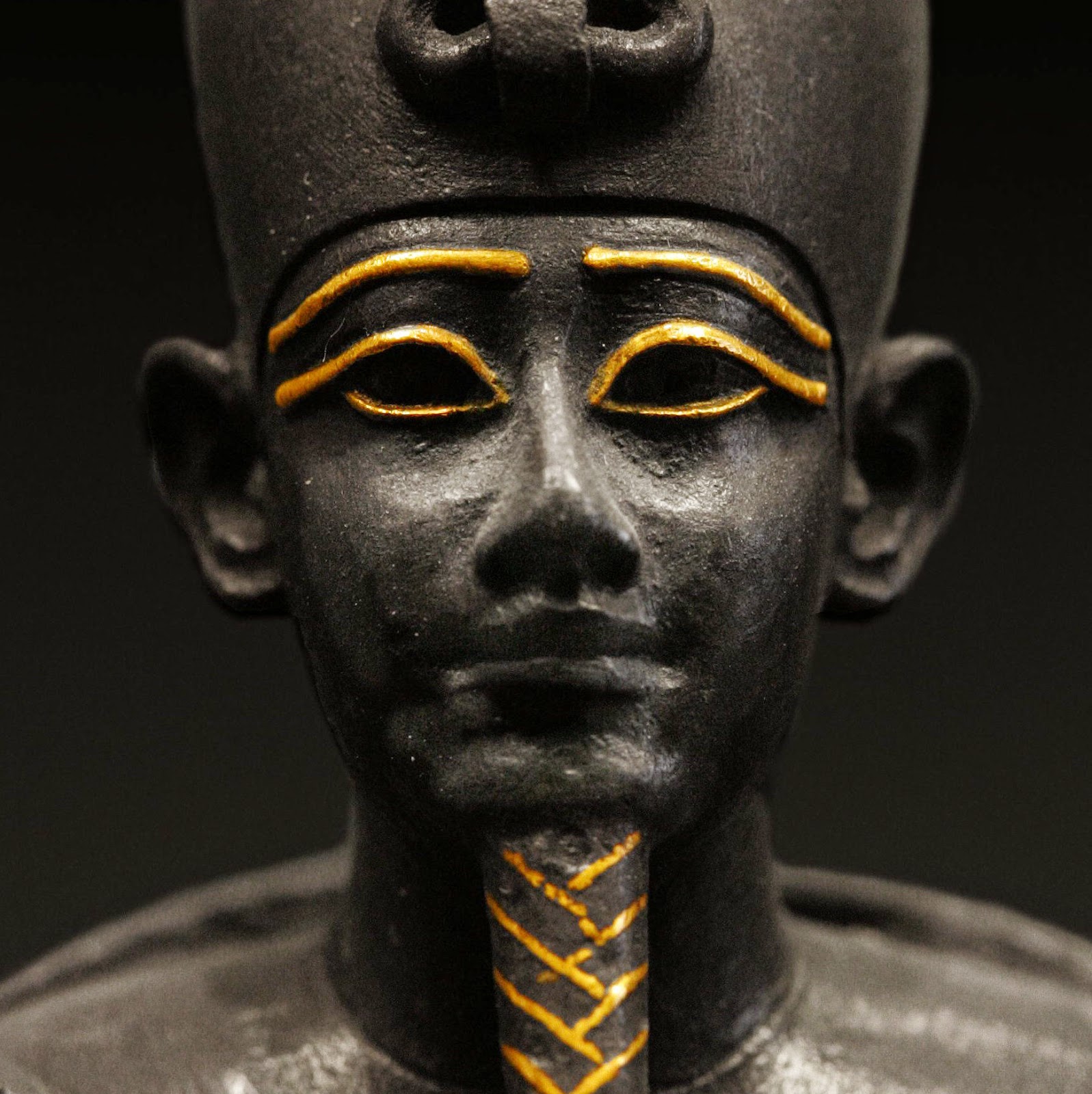 Dark Age: The Diabolist fractures the barriers between worlds.  Osiris and his loyal dead attempt to guard the breaches, but many demons manage to enter the mortal realm.  The more subtle devils corrupt officials and incite rebellion, then powerful Lords of Hell invade in force.
13th Age: The Great Sphinx takes up a strategic position before the gateway of the worlds at Giza.  The Alchemist turns the great Sphinx's body to living gold as a stable and incorruptible base for his spiritual fight against the demons.  A New Kingdom rises in Egypt, while the Assyrian crusader dynasty wars against the remaining demon-influenced states.  When in doubt, the Crusader kills them all and lets the gods sort them out.
Now: The Orc Lord sweeps across Greece and murders the Pirate King.  Using his new fleet he invades Asia with armies of Orcs and giants.  Osiris claims his right to rule the living, and dead rise from their graves as his agents.  The Diabolist tempts the desperate with offers too good to be true.  Both the Orc Lord and the Three court the support of the Shaman.  And a mere child inherits the title of Dragon Emperor - life, prosperity and health to him!
In other mists we are considering Blades in the Dark or Strike for the next game following the close of GM Johnathan's Achtung Cthulu. More on this next post.