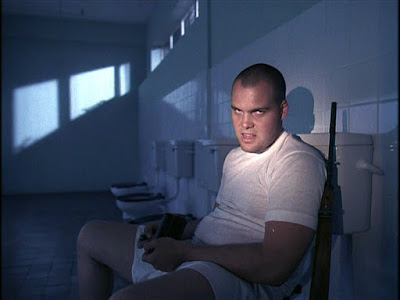 Last week I had the pleasure of joining the Feng Shui game which was one of the most hilarious roleplaying episodes I have experienced in recent memory. Thinking back I have been playing a lot of Cthulu, Savage Worlds and DnD in more classical settings but it was wonderful to be back in a B Movie scenario. The character I pulled out of the bag for this one was a 'Full Metal Nutcase'. Pretty much says it all there so I had to quickly contrive a character based on the Kubric movie and gave him some sexual dysfunction for a laugh to inject some more stress into his mindset. 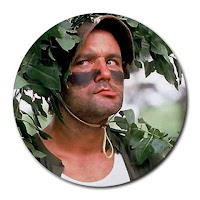 It was one of the amusing plot hooks of crowbarring a character into the game that I have seen, in that he was the Pizza delivery driver who came to the party's base after the last mission and was instantly recruited presumably based on his excellent logistic skills.
When I was walking home with a little more time to spend thinking about it some even better X military brain frazzled characters came to mind. Initially I recall Bill Murray's Carl Spackler in Caddyshack who progressively destroys an entire golf club in the hunt for his nemesis, 'The Gopher'. This is not a pseudonym for a criminal mastermind by the way, its an actual gopher. If you haven't seen it then you need to be black bagged and forced. 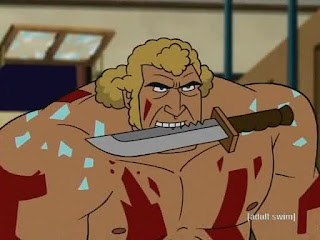 I am also reminded of the awesome Brock Samson from The Venture Brothers animated adventures. An absolute gem of a B movie world of would be Super Villians and international crime fighting organisations all just trying to do their jobs by trying to take over the world whilst also trying to make sure they hoover regularly, get the kids to school and feed the cat.
But in retrospect it is Walter from the Big Leboswki that is the cliché clincher for me. Anyone prepared to go to war over the right to drink coffee and defend the constitution of his local bowling club with armed force has to be a nutcase worth knowing.
I'm going to see if I can get a quick character transplant for the next game. 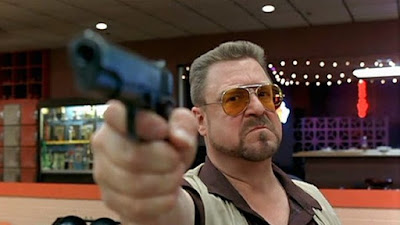