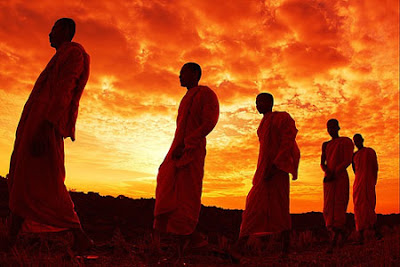 Uncovering ancient mythology is never an easy task. Even in the modern world with all its forensics and information systems the fog of history still prevails where monsters and demons lurk. Traditionally Cthulu comes with its intrinsic library research methods and one puts time aside in ones mind for the occasional evening of bookery as its a case of the pen (or) paper being mightier then the sword - a sort of rock, paper, tentacles game. 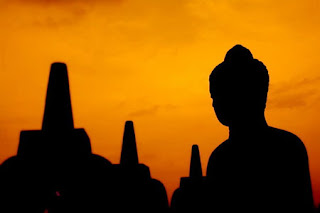 In the most recent episode  of Achtung Cthulu our investigations were concluding and we are now in the throes of an actual plan. Part of our hit list are a small sect of evil Blue Monks, nothing but an ancient fairy tale to the locals but not wanting to leave any prayer wheel unturned we decided to frequent the usual common or garden library. Not so common or garden in our current Himalayan retreat but nevertheless the local and ancient town had and even more local and ancient library tucked away in its Buddhist monastery. Problem with the Abbot of said monastery is that somehow ancient and local doesn't really go far enough; whilst we enjoyed a welcoming cup of tea with the old chap, he really did push the boundaries of senility. 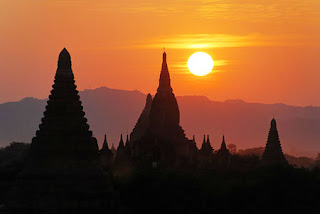 Perseverance is one of the traits of my character, so not to be put off by a smiling and nodding contender for best donkey award, I defaulted to the monastic librarian. Definitely not donkey material, a long and embattled conversation embarked on how we could lever some information on the Blue Monks. Not taboo as such my questions were nevertheless batted away as childlike concerns over nothing but stories. Failing this, my last option to gain entry to the library was to offer him a gift of significant meaning in kind and something he would respect as a part of his profession. All I had on my equipment list was a copy of the Financial Times from a few days ago and I suggested that this treasured and important post modern artefact, together with its crossword conundrums should be inturned by us into his collection of great works. Remarkably I actually got a few sentences into this conversation before suggesting he should consider having his manuscripts rewritten for the modern era, a sort of Tibetan Times. End of conversation.

At this point the information gathering phase of the adventure was definitely over and we headed out, provisioned with our boy scout, to take on the forgotten Monks and their Nazi transmission tower. They are aiding the German War effort by translating ancient Atlantean manuscripts for a shady SS division. To what end... we do not know...