Well, its that time of year again. Or specifically it ain't Christmas until Hans Gruber falls off the Nakatomi Plaza.

Our intelligence services tell me that the Belmont is closed tomorrow due to the Elves so the next formal meet will be on Jan 5th. We are officially on Pause, tho there are rumblings about what may or may not be happening on the 29th- I suspect it may involve ale - if I find out in time I shall drop a quick note here and if I find out too late then I shall write a formal complaint. If I don't find out at all then I will make something up.

Its an interesting juncture in our cycle as the phase of the games have been slightly out of alignment as GM John has been running pre release Star Trek playtest against the manufacturers time scale which has now completed, GM Warren is currently running a popular D&D tho I suspect it hasn't run for enough sessions yet and I was running an extended Chill filler due to the need to juggle both the roleplaying calendar and to absorb additional interest.

So some sort of transition will be in order for the new year I expect. In fact you can call it a resolution - GM Bill is intending to re-open his 13th Age but we have not yet convened about the round table to resolve strategy so in appropriate style we will drift merrily through the fog and high spirited fumes of Christmas and with favour emerge sober for another year of adventures.

Watch this space.
Particularly if Sci Fi is involved. 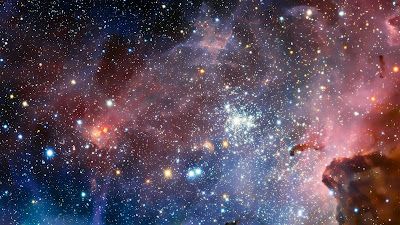 Roleplaying is a special hobby. Though it borrows from all the best aspects of a community pastime it also brings together a wide variety of colourful people. Imagination is something that everyone has ordinarily, though fortunately I am unsure regarding psychopaths, and despite this one has an opportunity to express oneself artistically as much as applying oneself deductively to any given scenario. As Mark, one of the Chill players commented, his detective's drawback of impulsiveness is very useful in cutting through a lot of preamble despite the rather adverse consequences; an echo of a distant cousin in chivalry we all know too well. 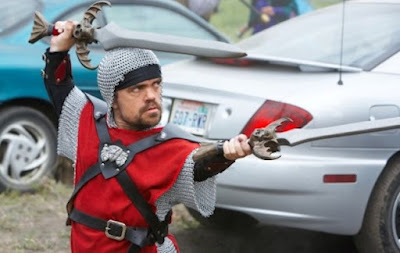 More specifically one can approach the hobby with a method actor's mindset. A nod to the Larpers here and we do entertain those who like to get out on occasion. Putting aside even the fun of dressing up and sheer effort people can put into costume, a tremendous aspect of live roleplaying draws from historical reference, typified in re-enactments. As much as one can learn about events in school or by watching dramatised histories in motion pictures, there is nothing quite like actualliy smelling the sulphur of gunpowder burning the air or feeling the weight of chain mail on your shoulders whilst breaking camp or indeed gazing hopelessly around a field of dead bodies. It simply can't have been all that different in the past and there are moments when you are there. This is a kind special. 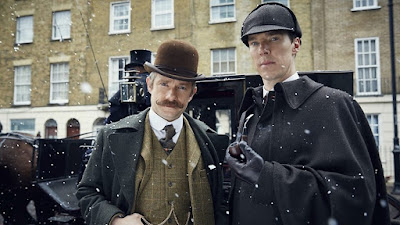 The ability to inject a fair amount of humour into a game also brings people together in special ways. Other than clever plays on words and ironic words in clever plays, jokes are for the most part anecdotal on some level which requires one to imagine a point of view. Abstracting from this in many of the fantastical worlds we inhabit just explodes the farcical possibilities and its not uncommon to forget ones head is on fire during tense negotiations.

And then there are just Very Special People. I shall just attach a couple of photos of our last meet while we played something equivalent to Twister for the inebriated. 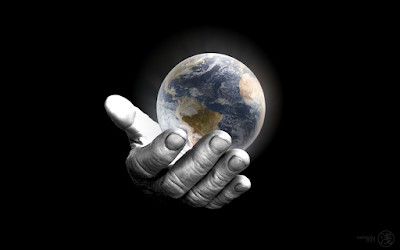 As we are being quite popular at the moment and earning a few more gold coins for our Railway Inn, a little clarification for the interweb is needed I think regarding the games that have sort of settled now for this round of play.

Star Trek, the initial play packets from Modiphius have arrived and GM Jon is taking the first players through its metrics boldly going where no roleplayer has gone before. Appropriately a science fiction background to an analytical gaming approach but after the first session the players were positive enough to stand around in freezing cold weather after the club turned out, espousing its virtues. Seems like a positive start and it will develop rapidly I am sure. 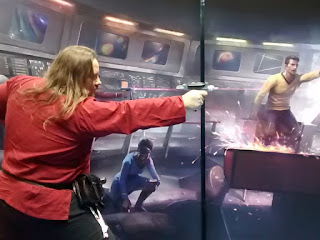 Here is some clever copying and pasting

"As the crews of the U.S.S. Venture, U.S.S. Bellerophon, U.S.S. Thunderchild, explore strange anomalies and discover new life while uncovering an ancient civilization and mysterious technologies, those aboard the U.S.S. Lexington will shape historical events for those very ships."

From SciFi we move to fantasy; in the Ravenloft D&D 5e Adventure GM Warren is trying to bait and bite players with a Werewolf at present. As vicious and challenging as these monsters are I would note on behalf of would be adventurers to his realm is that this is where there story begins. What is waiting for you later on is likely to be far less amenable to dog treats.

Finally we have A Horror by the name of Chill. Currently in its 3rd edition, tho  I procured a set of 2nd ed books at a only a few pounds each so we are currently playing classic style. I have always described it as a quick fix Cthulu but to be fair it has its own investigation phase. I will keep it episodic so that the game can close or continue easily depending on numbers but at present our party, consisting of  Envoys as part of an international organisation called SAVE, are on the case of an entity known as the Hangman apparently responsible for the deaths of a number of transients and also a State police officer. Pieces are starting to fall into place for the current case but there have been no arrests as yet..tho our intrepid Envoys are closing in on something.. 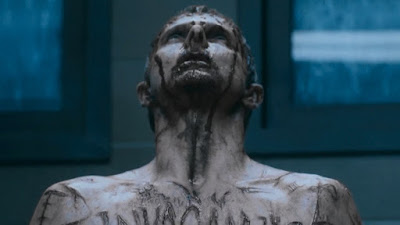 So the full spectrum is on for would be gamers out there who can pick between the worlds of SciFi, fantasy or horror. So if you're looking for a game outside of those genres then I can only suggest you go and make your own universe and bring it along.