I have no plans to run any D&D any time soon, but if I did, there are some tweaks I think I'd include, most of which would alleviate the problems I have with the original game.

One of the things which struck me most about Dragonlance: Fifth Age was the abstract experience system. Instead of totting up points, a player would get a single "Quests" statistic, which would increase by one with every adventure completed; Quests also determined a player's hand size, and since the game had a card-based resolution mechanic, the more experienced a character, the more options they'd have when attempting tasks. The grey area, of course, is in defining an adventure, but that's easy enough to figure out. I'd use something similar in my D&D, which would alleviate a lot of my pedantic gripes with the old system.

I'd use JB's alternate combat system, not because I have any real problems with the existing mechanic, but simply because I like the ideas behind JB's streamlined approach. I'd tweak it to use ascending armour class, because I've never understood the descending type.

I would also borrow the thief skill mechanic from James Raggi's Lamentations of the Flame Princess rpg because it's neat and clever, and not a million miles away from my own thoughts on the matter. I'd probably also use his "only fighters get better at fighting" rule, although I haven't given much thought to how that would gibe with the above combat system.

I quite like the way that Pathinder clerics heal and turn undead using the same power, so I'd use something similar, although I'd consider simplifying it a little. I might also borrow an idea from the Final Fantasy games and have any healing magic cause damage to undead creatures.

There are probably some other minor bits I'd fiddle with (I like the elegance of Swords and Wizardry's single saving throw), but those would be the major rules changes I'd make for my D&D. Would it still be D&D? Well, that's a question for another day.

PDF
Posted by thekelvingreen at 21:39 4 comments

Ahead of the Game

I find myself in an interesting situation. The Pathfinder campaign, sorry, "Adventure Path", is going well; we're almost to the end of the first book, and the inevitable confrontation with the mysterious Stag Lord. This fellow is the mastermind behind the local bandit problem, and is the main obstacle to the settling of the area by civilised folk. 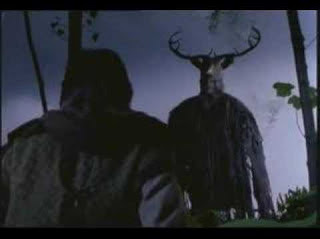 The thing is, I think I know who he is. This isn't through having seen spoilers, or even worse, cheating, but rather that the authors of the first adventure book have laid a number of, to my eye obvious, clues. Which wouldn't be a problem, except I think I know, based on those same clues, how the entire campaign, sorry, "Adventure Path", will turn out.

So that's the interesting situation. It's almost as if I've played the scenario before, so I'm going to remain quiet about what I think I know, in part to not spoil things for everyone else, and in part because my character, the tengu monk, is unlikely to have figured it out. And yet it's not quite like having read the scenario, because it's very possible that I've misread the signs, and the whole thing will go in a very different direction. There's almost another game going on here, a bit of narrative cat-and-mouse, as I find myself trying to out-think the authors.

We should meet (and very quickly eviscerate, if our barbarian continues to prove as effective as she has done so far) the Stag Lord in this week's game, and his unmasking will tell me a lot about the accuracy of my predictions. I can't wait!

PDF
Posted by thekelvingreen at 19:38 3 comments

One of the things I liked about Shadowrun was the Karma mechanic. It was a combination of experience points and an ahead-of-its-time action point system, so you could spend it between adventures to improve your character, or use it within a scenario to add dice to an action. The best bit about it, and the bit that was really ahead of its time, was the Team Karma concept. This was a pool of points which was used to boost actions, much like individual Karma, except that it was donated from the personal stashes of the player-characters, and could be used by any member of the team. Not only did it have an effect on game mechanics, but it also tied the group together.

On Saturday, I finally ran an Eberron game, using the Savage Worlds rules; I might post a summary of that game later, but there's something else I want to discuss first. Savage Worlds also has an action point mechanism, called "Bennies" in the game's terminology, and these Bennies have multiple uses. There are no hard and fast rules for awarding these points, and they're more of a general award for good play.

Each player starts with around three Bennies, depending on the setting, and can pick up more through the session, while the GM gets one for each of the players, plus two for each main villain. The interesting thing here is that the first set of GM Bennies are kept in a pool which can be used by any NPC, while the latter set can only be used by the NPC to which they're attached.

So what happens if you use a similar system for the players? The three Bennies with which they start the game are theirs to use alone, but any Bennies awarded during the session go into a Team Bennies pool, which can be tapped by any player. Furthermore, any player can donate any of their personal Bennies to the pool should they so wish.

Note that this does cross over somewhat with the Common Bond Edge, although that can be used on any Wild Card, whereas this rule only applies to player-characters. Next time I run Savage Eberron, I'm going to give this a go.

PDF
Posted by thekelvingreen at 12:19 0 comments