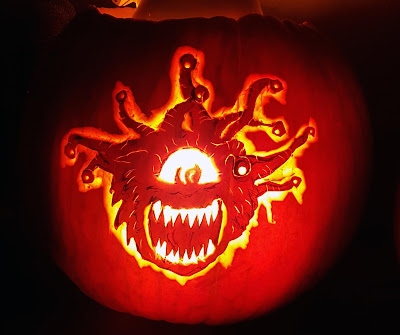 The creativity of DnD fans has been a draw to the genre for decades of course, long before the Worlds of Warcraft and digital downloads, good art has always been the backdrop for good systems and I am reminded of equivalent examples in Comic lore. To capture the imagination at a glance is worth more than a hundred pages of a players handbook to a novice and there are cultural icons that inevitably find their way into systems. 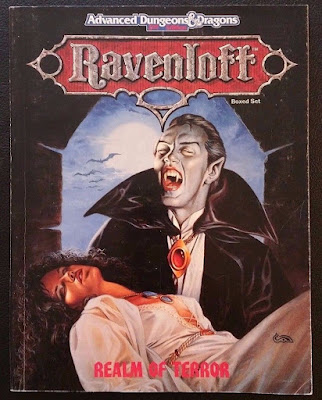 The most notable one is probably the Vampire which has claimed entire systems such as Masquerade as well as system extensions such as Ravenloff. Werewolves come a close second in my mind and, again, whilst having a formal monster presence in D&D, they are a staple of other horror systems such as Cthulu and Chill; lycanthropy is very often found on disease/curse lists. I do note as an aside that my spell checker wants to change lycanthropy into philanthropy... does that mean if you get bitten by Bill Gates, you become really generous on a full moon ? 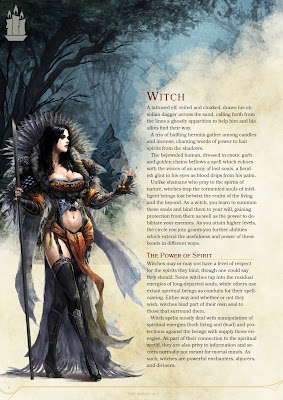 But as we are both cutting edge and topical at BRPS, I would like to present you to a 3.5e prestige character class of the Pumpkin King, lovingly created in the home brew section of D&DWiki. 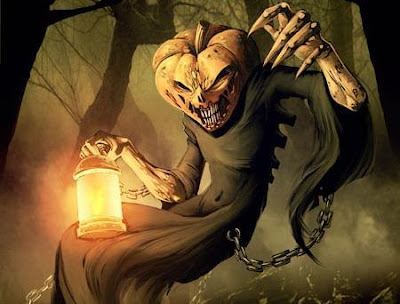 and in fact its been taken on into 5e using artwork by Phil Berry at enworld.org 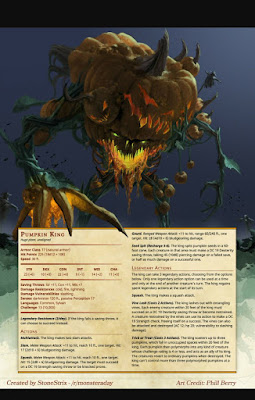 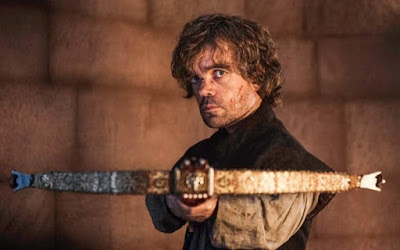 Last week saw the flames of Phoenix Dawn put on a low heat as our GM was away fighting evil which hailed the usual opportunity for us to pull on Jamie's sack to see what came out - in fact he's starting to remind me of a sort of Father Christmas crossed with a snooker referee. As it happens it was also one of those evenings when everyone just popped in to say hi and have a beer and I think I counted 17 role players all shouting over each other by the time the games began. This included a couple of visitors who found us on the internet, Leo and Cameron who wandered in to see what all the fuss was about, so a hearty welcome to the new faces. It was also one of those awkward moments when we sort of had enough players for 3 and a half games so it was a matter of sitting one in the Exalted and another came with us to play test the Game of Thrones board game. 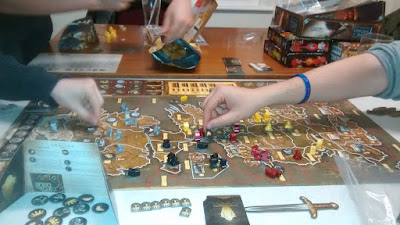 Speaking of which, here is a magnificent picture of us plotting and maneuvering our forces around the world in an attempt to gain resources and undermine our friends. The game itself has a fairly complex sequence of play and its by the 10th round player power is tallied up from conquests and a winner is declared. You start with your house base and a few forces related to your supply, including ships, in the appropriate starting positions, place orders face down to either move, defend or support various other units and then each player then resolves their orders and the board starts to change as an initial land grab and military escalation turns into contention as forces become adjacent. Expanding supply, armies and influence is done by seizing castles, appropriating land and expending our influence. There are event cards during each turn to mix up the action and players also hold items of power and advantage cards related to their faction. A nice touch is the use of boats that are able to ferry armies around coastal boarders to project power.

We only had time for a few rounds of play given that we were also learning but it was surprising that I did manage to get a good feel for the game. It reminds me a great deal of the old '50s game Diplomacy by Allan Calhamer (derived from his study of European history at Harvard) which was a childhood favorite but the Game of Thrones context works well, particularly with forcing players against each other so quickly. 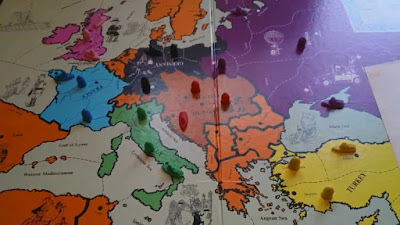 A hurricane was raging outside by the end of the evening so there wasn't the opportunity to catch up with the rest of the club so I will report back next week unless they have all stormed off in Huff. 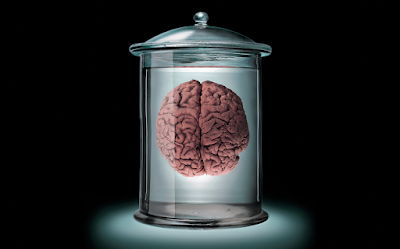 As per usual at our last meet we had solved all the worlds major problems of course and had time spare before the games to have a chat about the role playing market. Whilst I find Roleplayers in general to have both creative as well as problem solving intelligence, the combination can have a slightly mad scientist effect. Whilst we did think about a  Dragons Dens pitch for new cosmetic brain surgery products along the lines of a Lobe Lifts, Cortex Botex and Brainstem Waxing, we did manage to steer the conversation onto the less insane roleplaying market as a whole. 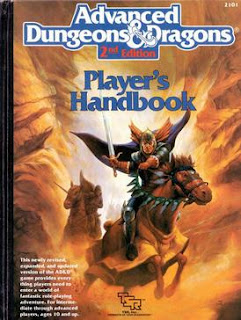 In my mind, the roleplaying market is a very tough arena to survive in. Yes, there are a lot of kickstarters fueling a demand for games and even if one is not a collector, an inevitable pile of tomes do seem to appear over the years, but where the creative arts are concerned it can difficult to sell into someones imagination. For example I have a soft spot for AD&D 2nd ed as it was extremely prevalent back in the day and whilst we created our own adventures it raises the question as to what else is ever needed ? Once you have a manual then what else do you need and it is the case that some GMs stick with a system all their lives. For many there is the natural interest in narrative as realms are re-invented or developed and of course there is a technical interest in systems for those who enjoy the mechanical side of game play but looking back at GM Mike's last adventure all we needed were pencils and a scrap of paper for one of the most enjoyable games.

My point is that if you are thinking about roleplaying then all you need is to bring yourself along and if possible bring a newly polished brain. But for those with a wider interest in roleplaying paraphernalia as we approach Christmas, can I interest you in the indispensible  D20 waffle maker? 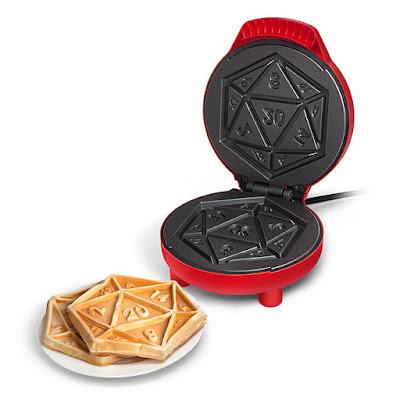 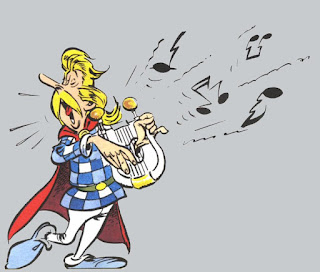 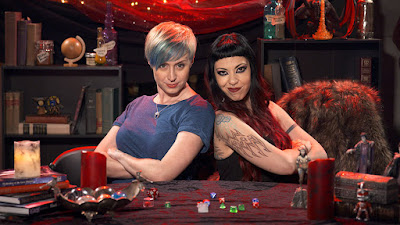 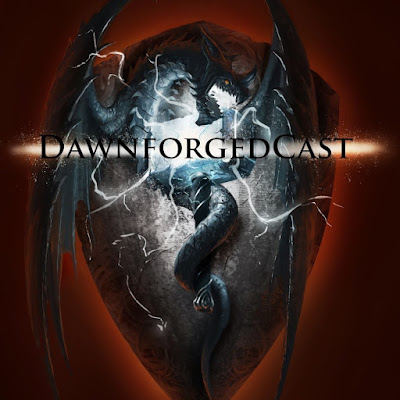 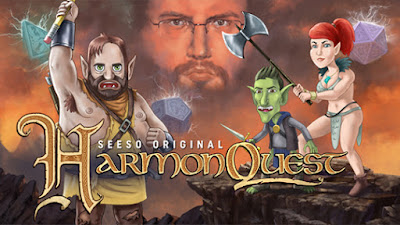 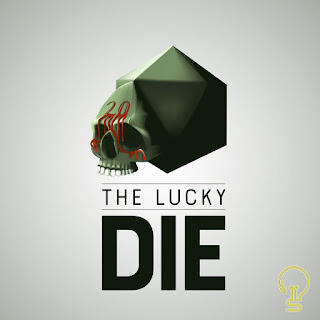 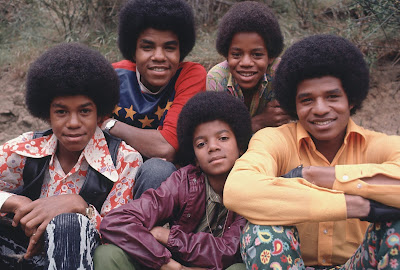 We had a GM on  holiday in Ireland last week hunting leprechauns which always gives us a chance to kick back and fiddle with our bags of holding. We can pretty much always rely on Jamie to conduct such affairs and offered among other weird and wonderful things, the classic Munchkin by Steve Jackson Games. As I am developing an interest in collaborative card based roleplaying games and I am a huge fan of the Steve Jackson genre, I did have a go at this classic which turned out to be enormous fun. 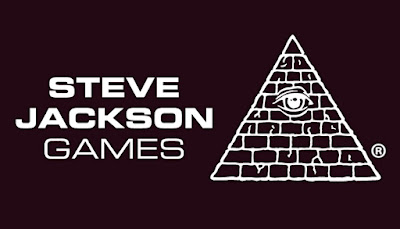 As it is within the category of Dungeon Bashing, its quite a quick pickup for an evening and you know exactly where you are right  from the start. Basically you draw cards, both from a treasure pile and action pile into your hand and then you have some choices regarding which cards to play, albeit fighting monsters from your own hand to gain levels and treasure or looking for  trouble in the action pile which can give your character extra classes, weapons and armour. Satirical items can be found such as the Boots of Butt kicking and the Chainsaw of Bloody Dismemberment and at the lower levels you can come up against the Potted Plant or alternatively there are higher level monsters such as the Eyefull Tower which can fall on you in an instantly dead sort of way.

Beyond the satire lies the interaction where players can team up to fight against monsters, for a share of the treasures of course, or if you take a disliking to someone you can throw your monsters at them as well as frustrate their combat abilities using other cards. The overall winner is the one to reach a certain level. Funnily enough we didn't have quite the time to finish the game partly because we were mucking around so much but the amusing outcome was that Nick who had built up quite a high powered character with lots of weapons, classes and armour was still  only level 1 by the end as we had picked on him so much; power gaming munchkin style.

By a pure coincidence I had stuffed a couple of random games into my rucksack one of which was also a Steve Jackson game. I had brought along Illumanati - the classic pyramidal paranoid power building game where your faction influences other weird and wonderful society groups to gain traction and wealth enough to crush your opponents..

I also brought along Nuclear War, which as it sounds, tends to end up only going one way - comes with a wonderful spinometer appropriately enough for drunk superpowers. 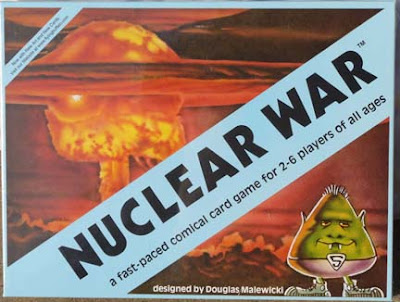