As of 2013, I'm going to be transferring my gaming posts over to my other blog. I'm sure I had a good reason to be running two blogs at some point but I've long forgotten what it was, so I'm going to keep everything in one place from January. Until then, I'll post in both places, but if you want to carry on following my somewhat infrequent posting, then please bookmark or follow or whatever the term is these days my other blog, Aiee! Run From Kelvin's Brainsplurge! Thanks.

The main reason behind the lack of posts of late is that I've been spending most of my time working on Horror Among Thieves. It's not done yet, but I estimate that it's about 75% done. What I have completed as of this morning are all the maps, aside from the big city map and one bonus location that wasn't in the original adventure as written. Behold: 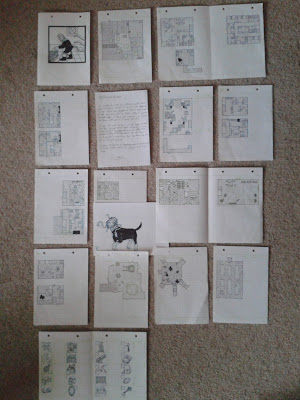 There's still some way to go, but it's starting to look like a complete adventure. I want to thank everyone again for contributing to the funding campaign, and also for being so patient; I'm a little embarrassed that it's taken so long to get this thing done, but I hope it will be worth the wait.