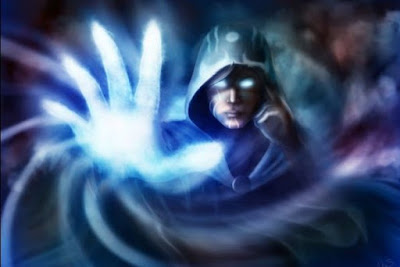 More welcomes to another band of fellow role-players wandering in from their adventures. It was a pleasure to meet Ben, Kim and Mark at the club, all at once no less, and the seemingly unstoppable and frantic demand for roleplaying action energized our resident beer drinker GM Warren to pick up his pint in one hand and rule book in another and stagger to the rescue.
Here then in it pristine glory is a wonderful picture of our party, including me behind the camera and our shiny new peoples. It was the only picture I had without Warren drinking. In fact its probably the only picture of Warren not drinking. Thank you Sir for starting up our third magnificent game, DND5E ! Don't worry about Ben punching Kim, they're married. 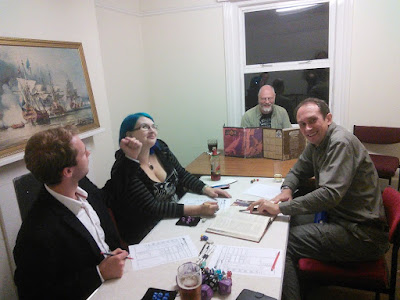 In our first session a party of  a Paladin, Cleric, Mage and Thief (sorry, I mean rogue) have started a mystery following the kidnapping of a local aristocrat's son by imposters dressed as local guards. This followed an altercation at a party we were invited to though it was difficult to work out what was going on exactly through all the inebriations. Pursuing the trail to the city walls we happened upon some form of sacrificial ceremony in progress involving wind magic, that while we managed to interrupt the evil doings we, sadly, have several dead people to attend to in the aftermath. We are probably the ones in trouble now but more on that next week.
In the Eclipse Phase, GM Rob's game update reads: 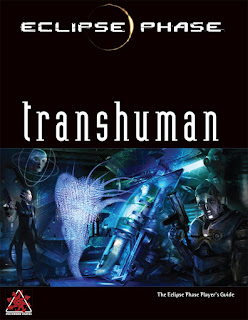 "Chasing leads around the lawless hive of Locus, the players encountered another hacker who assisted Tara Yu. Mason Wang revealed that he created two AIs for Yu named Achilles and Tortoise, the former a shell-controlling program piggybacked by the latter, an advanced hacking program capable of dealing with TITAN-level encryption if need be.

Realising that there are things Wang has hidden from them, the characters went over the files at Tara Yu's safe house and found a communication referencing a corrupted fork of his he's been experimenting exists, one deliberately infected with the Exsurgent virus that has infected the drug dealers and is linked to the petals they push to their customers. The message also revealed that the source of this virus is something called Myrmidon.

Two further links emerged, the ex-White Khanh Sammy Li whom was being pursued for info by Tara Yu before her expedition to the Song Cai Flower and Nia Zheng, a recent arrival to Locus and red tech dealer to the inner system triads. Contact with Zheng proved fruitless as her own mercenaries made it very clear that the characters were not welcome after an abortive attempt to talk to her.

Little do the characters know that eyes have turned to them and from the shadows, interested parties watch their every move.

In the Achtung Cthulu, GM Jon is advancing the plot: 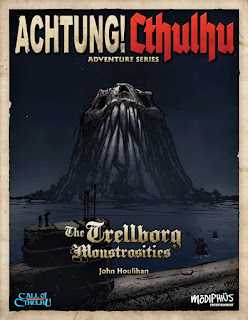 "The A!C team are now working for British Indian Intelligence (not that they had much choice). Escorted by a couple of dozen troops of the Bombay Grenadiers, they raced a local group of all-female freedom fighters to a temple hidden in a cave about 200 miles from Bombay. They were somewhat pleased to find they'd run the race, but then discovered they hadn't - the locals were inside, with some tropical suited Germans and had no idea who they were, where they were or what was going on.

There was a brief debate about whether to shoot, arrest or help them, then they were interrupted by red spirits coming out of the walls. When their guns didn't work (and several soldiers lost their memories), they realised what the cryptic warning from the mad priest the week before meant, and began desperately hunting for the musical pillars for which the temple was noted. Rattling out a tune they got from the same source led to the ghosts disappearing and a secret door at the far end of the temple opening.

After the anti-climax of discovering the artefact they were looking for with no further problems, they've emerged, blinking, into the sunlight and a smartly-dressed Indian (backed about a dozen armed women) has just asked for the artefact...

I'm sure I've seen this somewhere before...

Still waiting for those tentacles Jon...