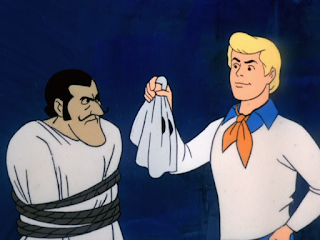 Now, we are supposed to be running three alternative, balanced and thoroughly optional experiences - a fantasy (DND5E), a horror (Achtung!Cthulu) and a SciFi (Eclipse Phase). Something for everyone in fact. It was somewhat of a creepy discovery that by the end of our DND5E game that we had come across people who's faces were being systematically removed. 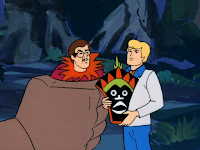 More specifically the lands bordering Neverwinter are in upheaval with rumors of Dragons and Kobolds to the south, raiders to the East and Pirates to the coast. I haven't asked about North yet but I will probably be told I cant see an exit that way or that I am carrying too much equipment,  or some such fiendishly clever plot twist. Nevertheless I am struggling to look on the positive side of innocent people having their visage mutilated; personally I would be glad of slightly less facial hair management but I can understand why they are somewhat traumatised. 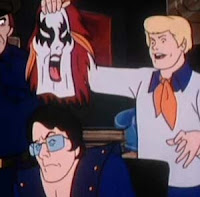 Not really sure what to say on the history of face removal, I don't think it has ever been a cultural practice so I am just reminded of characters such as Hannibal Lecter - a man who can eat his way our of captivity - and Scooby doo  - less malevolent in certain respects but the extent to which we wear our own faces as masks reminds me of gleefully watching the Mystery Team regularly tearing off the faces of unsuspected Librarians and sundry workers employed in various utility companies. We will get to the grisly bottom of our current mystery in due course no doubt.
I did, as a relative newbie to the world of Neverwinter, ask after the city's influence geopolitically but unfortunately it seems to be mostly a cultural and cosmopolitan centre at this point in its history - it has a town guard and I would guess some very dangerous wizards, but nothing along the lines of a foreign policy or army.
Seems that its us pesky kids vs the bad guys for now.. 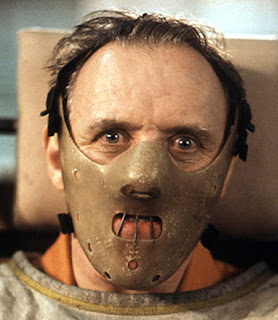