Behaviors: The phantom is an extremely dangerous entity. It is a projection of a living being controlled by the Unknown but has the ability to replicate instances of itself. Whilst each manifestation splits the constitution of the original, its potential to generate exponential copies of itself underly its potency and Envoy's should have detailed plans as well as suitable resources before engaging such a creature. This should be classed and treated as a swarming entity with the ability to overwhelm even a moderately sized party. In addition the phantom will have a medium through which it transits between locations, such as wood, water, stone, fire or glass etc.

Cautions: The phantom can in theory be fought with a sizeable party composition but as it is a projection through an existing human thrall, it can also be distracted or disrupted through its memories - often familiar possessions can distract it, places it used to frequent can delay it and also possibly familiar sounds or smells can disorientate it. Note that if the human component is killed then the phantom will immediately cease to exist. Realistically it is almost impossible to kill its projections so a distraction based approach whilst hunting down its living component is strongly recommended. 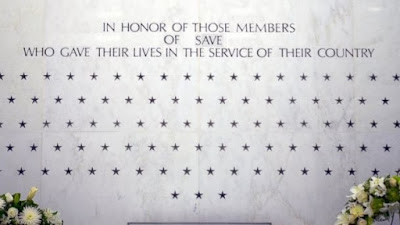 We will take a moment to remember our fallen Envoys who tread the darkness in our place to protect the light. Our world hangs more precariously than we know and we are privileged to live in freedom and peace through the bravery, vigilance and sacrifice of our silent guardians.

Heroes fall, but are not forgotten

In other news we have exciting discussions underway between GMs for new games - possibly Eclipse Phase, which is very weird, Exalted which is very large or FengShui which is very fast. Whatever happens I am sure it will be very fun.