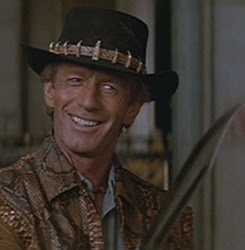 In keeping with the fact that some of us are less nimble than we used to be I can duly report that our  Supertanker full of ideas is slowly lumbering about and facing on a new bearing. For one, GM Jack has begun his Exalted character creations, which is a system I know nothing about and I will enjoy getting some feedback and I may possibly drop in for a session. What is more amusing is that I did sense people wincing at their own memories of the Exalted system along the lines of it being quite a heavy or perhaps overly comprehensive system. Whilst this is something that version iterations tend to action quite quickly, I am not actually averse to large systems - I was brought up on Rolemaster and between Arms Law, Spell Law, Rolemaster Companions I, II, III, IV, V, VI Creatures and Treasures as a basic system, I just scoffed of course. And then I saw the book... pictured is Andras's copy and boy did I laugh with delight as I felt that finally RMC had found its match, 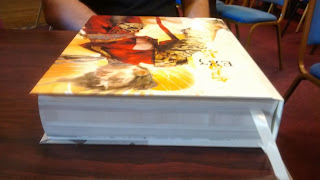 And then I saw Jacks deluxe edition... 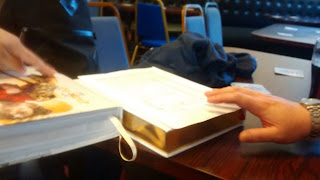 Well all I can say is that when we were turfing out for the night I did see at least 3 of the Exalted players with their heads in their hands, though of course deep in study rather than despair, but as GMs can often bring along pre-gens to a public meet I do occasionally miss the generation process as it gets you much closer to your character. 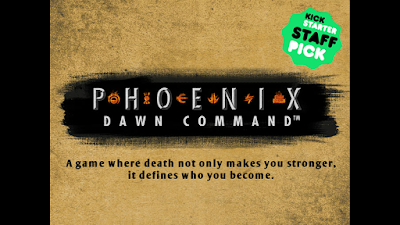 As we wait for GM Rob to extend his Eclipse Phase into an ongoing concern for this round of games GM Krzys stepped in for a session with his Phoenix Dawn Command, which I sat in on. I think he may have cracked a common logistical issue with our club as when a GM cant make it for some reason its good to have a game handy and in this case PDC is a quick pick  narrative role-playing game. Whilst I stepped in with a Chill recently along side the D&D, player volatility does impact a support game very significantly though of course I knew that going in and it was a blast. But in future I will look for something card based in the vein of PDC. As for the game itself, my head is still spinning somewhat - you play a Phoenix and starting from a central Eerie you are sent out in to stand against the evils that the world presents. For our part we were facing off against some sort of dark knight dispatched from forces that had breached an eerie stronghold - really unique and really weird. I need to reserve more comment until I understand it a bit more thoroughly but by Jupiter, we do get to see a lot of systems and the Railway Club its definitely the place to go to try a deck of many things. 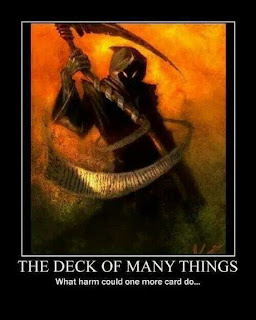