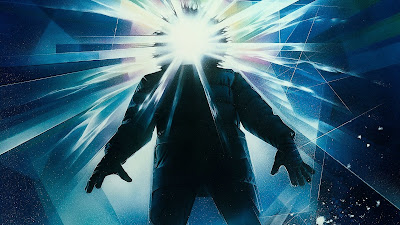 I do enjoy a good schlooping. When over hammed it can come across as a little pretentious and when under done it can seem a little amateur. But you do need that special someone to schloop just right and by Jupiter we have that man. All good things must come to an end and in that vein GM Mike completed his marvelous freeform D&D last week in classic style with the party nicely squared up for a human sacrifice to some sort of hideous, giant Cthuluesque Thing.

Having been guided into a large underground cavern on our way through a subterranean labyrinth we were clearly in the proverbial as a contingent of Goblins had entered battle with a group of Humans. For reasons that escaped me our giant ogre had decided to put himself right in the middle of the battle which did nothing except grind his hit points down but meating out plenty of damage nonetheless.

Whilst the rest of us scrambled around various piles of "treasure" - think scrapheap challenge - battle blood slowly trickled its way down into a foreboding hole out of which emerged something from a John Carpenter film. In keeping GM Mike masterfully articulated our dilemma  with flailing his arms around and provided complete atmospheric immersion by adding slobbering schlooping sounds as the monster dragged its hideously bloated body towards us. At least I presume that was what he was doing rather then asking us to pass the biscuits that Lee brought with her.

Having all our magic points and almost all our hit points taken away from fighting The Thing, the real issue was that we were being beguiled - so whilst I was rescuing one of our team, they were under the impression that they were being dragged away by a horrible creature. The rules here worked a treat as the player described their action under the impression that the world around them was behaving in one way where in actuality they had actually lost grip on reality entirely.

Sanity can be a bitch but somehow we all got out of there on little more than a few hitpoints ...but then again I may have imagined it and am already being slowly digested along with my fellow morsels...