The Stream of many Eyes 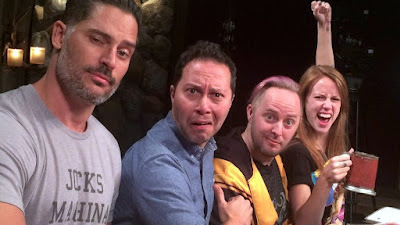 A significant shift in tectonics has occurred this week with respect to this years Wizard's of the Coast live twitch "Stream of many eyes" broadcast over the last weekend. Its an important annual event for WotC in terms of engagement and being spread over three days it was also a chance for the designers to sit down in roleplay sessions with some of the internet's more ubiquitous GMs and players from Critical Role.

There is also a sort of implicit keynote during the intimate fireside chats with the brand director Nathan Stewart, as well as some more formal round tables with the D&D architects from the company as a whole but also a healthy dose of cheese as WotC actually built a complete studio in the Waterdeep theme to showcase some of their community initiatives.

The big news though is that "Next month we're going to talk about a couple of different settings that people can start playing as early as this year,". The implication for new world settings is profound in that it could be finally the time we see re-released and updated source books for some of the most loved D&D titles. It may be that only some of the old worlds will be brought back but we are waiting with baited breath for any of the following 5E content: Greyhawk, Forgotten Realms, Darksun, Dragonlance, Planescape

So keep your many eyes peeled.