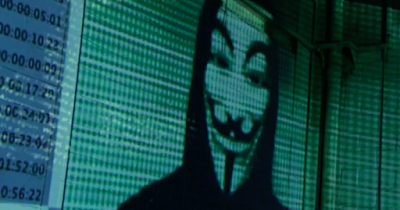 Hacking ones own role playing game can be a weird experience. Whilst perusing the monster manual looking for the most disgusting creature to ambush the Planescape party with I had to somehow lever it into a running game in a way that doesn't violate the rules of the environment. To be honest, this isn't a particularly difficult problem in principal but as they are in Sigil, one has to respect certain unwritten rules, though ironically the rules are very precisely written down in the module guides of course but nevertheless, lateral thinking was required. A bit like the finery on the interior of a garment, it can never be appreciated by the casual passer by but its crucial for holding the experience together. 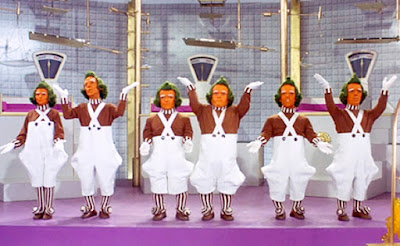 So the D&D lot were investigating the disappearance of another party and I decided to send them down into the world of the Dabus; the caretakers of Sigil. Diligent and industrious yet autonomous and troglodyte, the Dabus clean the streets, maintain the buildings and cut back the razor vine. They are the silent servants of the Lady of Pain and enjoy her protection. Their warrens are generally off limits to the inhabitants of Sigil who never become aware of the gigantic service mazes below their feet. 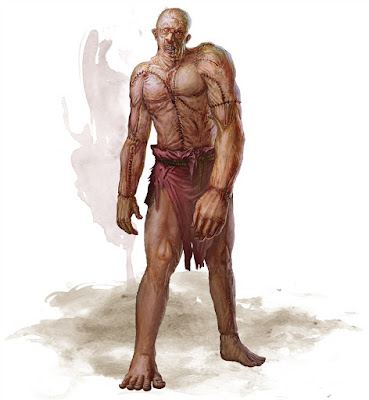 The party were in fact invited down to the warren as the Dabus were having a problem disposing of a body, a solemn and grisly duty they share with the Dustmen's Guild but as the gates to their world are magically protected how was I to get an enemy down there to engage the party ? Well, the answer of course is to send it down there in pieces. Introducing the Flesh Golem, a master stroke of modular manufacture - bits of body scattered about a Dabus Gate will be dutifully taken down below for disposal but using a variant regeneration rule, the golem could slowly re-assemble itself before engaging on its grisly task. With a challenge rating of 5 and 2D8+4 slam damage we came quite close to taking out a couple of players. Like I say, no more Mr Nice guy. 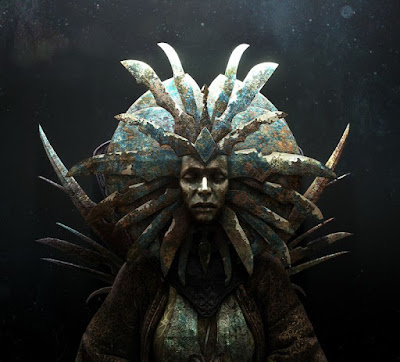