Dice are not enough.. Sounds like a James Bond film to me. Over the last few weeks I have become dimly aware of how many people have been buying themselves pretty presents over the summer. There was a time in the good old days when gem dice were frowned upon, when real role players used heavy solid plastics and D10s had twenty sides, but as manufacturing technology has exploded and gem cutting artisans have quickly moved into the shady world of epoxy dealing, everyone can have a numeric niche thsese days. 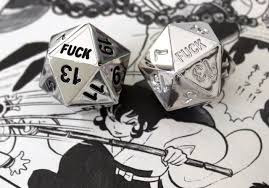 As the hobby has exploded so have the dice offerings and also as our resident startup entrepreneur Nick will tell you, there are always interesting packages rolling in on KickStarter. He is somewhat like Norway in that he seems to own five percent of every random number generator on the planet and has his own Michelin Star system for ridiculous t-shirt designs. Whilst I am unsure of how much return one would expect from an investment in a dice company, I suppose its true to say that people will always need numbers.

To be fair though, I recently grabbed a black and white D10/100 from Krzys who was handing them out in rather good spirits but I am suspicious that he may have in fact filled his home to the point that his older dice are falling out of the windows. But this is in no sense a criticism as I myself picked up a few keepsake boxes of Chessex dice at a comic convention and I recall the hoards of fans frantically digging through their huge dice bins in some sort of speckled D4 gold rush.

The point is that whilst I initially chortled at the fact that there are now dice subscription services from companies such as LibrisArcana where you can select from a number of options to receive a new set of choice dice each month, I actually think that there may be enough multi facet addicts that now need a regular sided fix. Well I'm not proud and I try not to judge. After all, you only live dice. 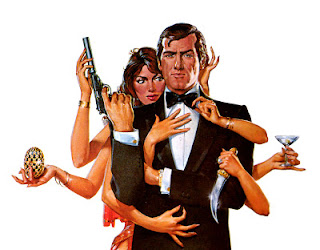