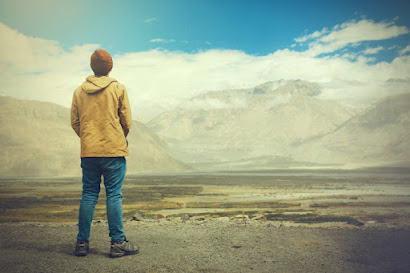 As the boardgaming industry has matured there have been an increasing number of  sophisticated games  designed for the solo player. This is nothing new particularly since the days of solitaire and patience of course but where puzzles evolve into being games is not immediately clear to me. More than just the fascination of solving a problem and the mechanical responses required to re arrange symbols, the incursion of decision making into a process necessarily complicates a system into a strategy which in turn reflects the character of the person playing. By then adding a creative a narrative, you then get an experience and something to spark the imagination. But it hasn't occurred to me that this process can work in reverse, in other words a single player roleplaying system. 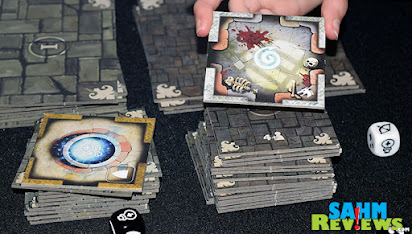 Suitable perhaps for the most nuanced schizophrenic, there is nothing particularly to stop a player from embarking on a solo experience - indeed this is often the back story experience of most characters however this is more at the impetus of a GM. For the single player there has to be an engine that drives the circumstances - often either a map generator for something like a dungeon crawl or a circumstance engine such as a deck of chance cards. There are systems designed specifically to play the GM such as the Mythic GM Emulator deck from Word Mill Games or more interestingly the CRGE (Conjectural Roleplaying Gm Emulator) - free on Drivethru which is driven by a rolling series of yes/no questions at the basic level but it does have narrative additional framework components at more advanced play. 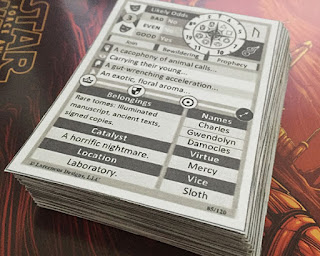 In the wider sense and thinking about life in general I would suppose that we are all embarking on a blend of fate and fortitude with our rewards enriched by the effort with which we throw ourselves at our dilemmas. However I suppose the real life equivalent of the power games are the lottery winners. Well you can have everything I say - I guess because I am not a lottery winner.