Musings on Ian & the use of pre-written materials.

Kelvin's neat little article on Ian Livingstone on his soapbox got me thinking this morning.... and being on my summer holidays, with a brief window of TIME, I put fingers to the keyboard and got typing!  Here are some follow up thoughts from a busy GM!

The question was - do prewritten adventures aide in the roleplaying experience or hold people back?
As someone who is normally up to their eyeballs in work/ doing stuff....... my general view has always been to laugh at the 'snobbery' of the 'purist'..... but I have never been a diceless rpg-man/ LARPer or desired to be on stage as an actor...... and whereas in the past I loved intricate plots, red/dead herrings and spending hours on a backstory etc (running Masks of Nyarlathotep every week for over 2 years).... that was WAY BACK THEN when I was obviously insane, had tons of energy.... now I am knackered most of the time and need a decent bit of killing in a session to stay conscious! But I digress.  ;)

Prewritten modules, if well chosen (afterall there are plenty of duffers out there - so I am careful), and appropriately adapted in advance (thank you paizo message boards for kingmaker!!), IMHO, can help a busy GM!!! Without using such things, I sometimes would have run nothing...for ages!  Pathfinder is a stat heavy game and thus it has been great to have that side of things handled in the Adventure Paths Paizo churn out.  Moreover their stories, NPCs, flavour etc in the APs are top-notch.

I have been slowly amassing resources to run this at some point in in the not too distant future. Each scenario has advice on music - which I have gone and bought various cds.... as well as the appropriate map tiles....minis.... The message boards, like for Kingmaker, are chock-full of advice on problems in enounter design, or on motivational issues etc...  I really liked the ideas of the path - and having read the whole thing and have a solid overview of where this thing is going helps you, as a ref, set up the game from the beginning with pc and party design... There is still tons of work to do to bring the games to life - to breathe life into npcs, to make sure there are options for pcs so they can achieve/ fail at things and there are consequences for that.... and in the case of Carrion Crown, to reflect on, with the players, the horror mechanics and sanity loss in the game and other 'touches'..... especially since Carrion Crown will be a big change from the current sandbox style of play we are liking in my current WFRP Marienburg game El Kel has flagged up on this blog, in his Tales of the Jolly Butchers.  ;)

But I am prepared to admit that pre-written adventures can get in the way of a good game. 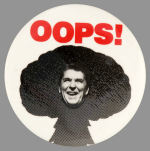 I played in a brief game of a game that will not be mentioned by name or genre....but some of you may have fond memories! It quickly became apparent that the GM not only had no understanding of the rules system (only one player did since it was new), but that they had not read the massive 100 + page adventure!! The gang quickly got bored, started sand boxing  away from the attempts to show horn us into a fixed path, and eventually destroyed the 'set', ending the game. Classic!!  I don't to say any more since I don't want to bruise any egos :S
Having believed for ages that I didn't have the mental space to create my own stuff, with work being insane, I realise now that I have used published materials as a prop... And that I have let this prop at times ' wag the dog', do to speak.... In that by relying on them, I was limiting my roleplaying possibilities and experiences.

I have always been aware of this...but the complexity of some systems always put me off writing my own material.... 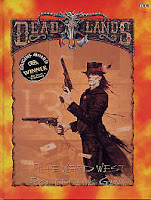 Take Deadlands. Great ideas. First edition Deadlands was a nightmare system...manageable if you were a player - but an act of love and dedication to make work as a GM.... But I loved it still... But the scenarios were utter garbage!!! So we never managed to play more than a mini series of games before time to stat up and create stuff ran out! 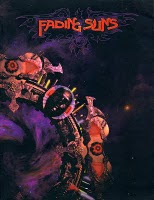 Same for Fading Suns: I loved the setting, the writing, the art..... like Deadlands it is a fantastic game - BUT-  for me, their in-house Victory Point system sucked!! & thus was tricky to create material for


All of these games have encouraged me to run pre made stuff.......


HOWEVER....more recently running Pathfinder at 12th level.... Nightmare!!!! So much prep for the poorly designed encounters in Kingmaker (loved the idea of Kingmaker- it falls apart in books 3-5)...... plus...interestingly... we have been having this debate about how Pathfinders Kingmaker was not a real sandbox, my gang got talking about creating our own (which started and then stopped)...although we couldn't agree on a system....in the meantime, I got worn out by the poor design of the high level scenarios in pathfinder's Kingmaker (which were not designed with the powers of pcs of that level in mind!!), as well as the general intensity of rules at that level and stuff you have to know in your head (eg all the spells of witches, mages and clerics to level 7, & what all the short hand terms in the bestiaries mean!!)...involving tons of prep every week..... I thought s#d this....I need a rest!! 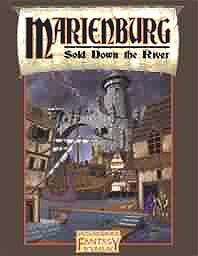 & somehow, by chance, I thought let's try my bonkers "GTA meets the Sopranos" game and set it in WFRP (since I love the game, as I realised the others did - and for some reason we hadn't played any together!!) and Marienburg it was....to play a proper sandbox, not Kingmaker's faux sandbox - thus there was to be no over-arching metaplot.... And, without any premade material, other than the Marienburg book from which I have used a rough map and some names.... It has been my own work needing minimal prep because the system is so much easier than pathfinder! Thus the stories and adventures of the Jolly Butchers was born! & born in a busy time for me... despite the madness of life, I found the energy and joy to create and run stuff for it.....

﻿﻿﻿﻿﻿﻿﻿﻿﻿﻿﻿Admittedly I now need to do some more homework on the sandbox and flesh out the next possible npcs, locations of interest, and random tables and stat them. But I am loving it. But also, having said that, I look forward to running Carrion Crown in late 2011, if there are enough players in my gang, and if I can tear them away from the Mean Streets of Marienburg ;)  Especially since I intend to run a seperate sandbox in the same city, with new pcs as detectives.... possibly ones with 'the gift', as in spellcasters, rooting out deviltry, occult, and all things chaos to keep the streets and canals of Marienburg safe (or probably make them less safe after they have accidentally opened up a chaos gate and sucked the city through it!  ;)