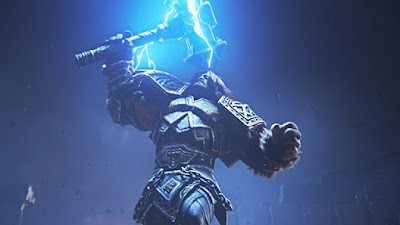 Broadly speaking we have moved from the general category of being slayed with one hit to being slayed by two or three hits. Now some of the party will say speak for yourself as the Paladin I am playing did, with the favour of his god, max roll his hit allocation for the last level increment.
Its still a bit of a rock, paper, scissors, divine intervention game at present but if we get our hits in first then there is a slightly good chance now that we will be dancing in the bar by tea time. At the end of the last thrilling instalment of the DnD we were faced with taking down a large beaked creature with long hooks for arms- a Hooked Horror if my goggling skills are on form. Shame its such an aggressive creature as I suspect it occupies an ideal evolutionary niche for opening cans of beer. Never mind.
First and foremost it was the Paladin and the Cleric who threw themselves into the fray. The Horror did not gracefully yield to the Paladin despite being given the opportunity to do so, so in turn received  the first use of the Thunderous Smite. Both dramatic and effective the blow hit with thunderous roar, both knocking the creature back and shocking our fighting pit audience into a brief deafness. The Cleric followed up and whilst taking some damage from a counter we were at least alive for the second round. My second spell slot was reserved for a Searing Smite and whilst it failed to ignite the fiend it was enough to bring it, together with the damage from the Cleric, to within a whisker of its life. [It was after the game when I was looking at the other paladin speciality that I had picked up, Divine Smite, which I think would have made the other smite spells redundant as it deals more damage but burns any spell slots you have for the day. The idea being that you can learn a couple of utility spells but if combat demands it, burn them for a Divine Smite.] 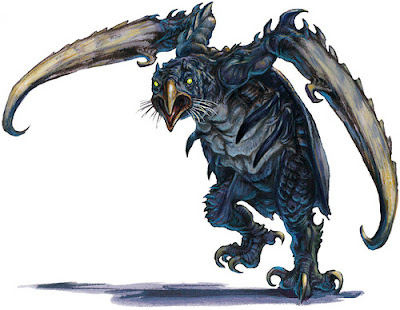 Anyway, enter stage right the party thief who, after nimbly staying out of any trouble stole the initiative and snuck around to the back of the creature and stabbed it for the killing blow. Honestly the bloody cheek of it. Anyway it turned out that the people inhabiting this area are a sort of neutral band of middle men who I get the sense are living off a lot of the cream of the Neverwinter chaos at the moment.  Not actually evil they are not to be trusted but have pointed us to a very old Elf that has shone some light on the ancient teleportation system which will allow us to finally get ahead of one of the cobold packs preying on innocent traders and villagers. 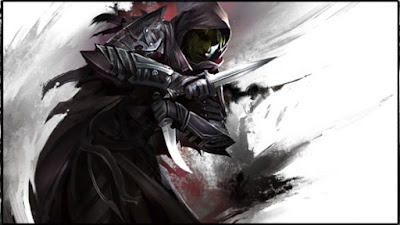